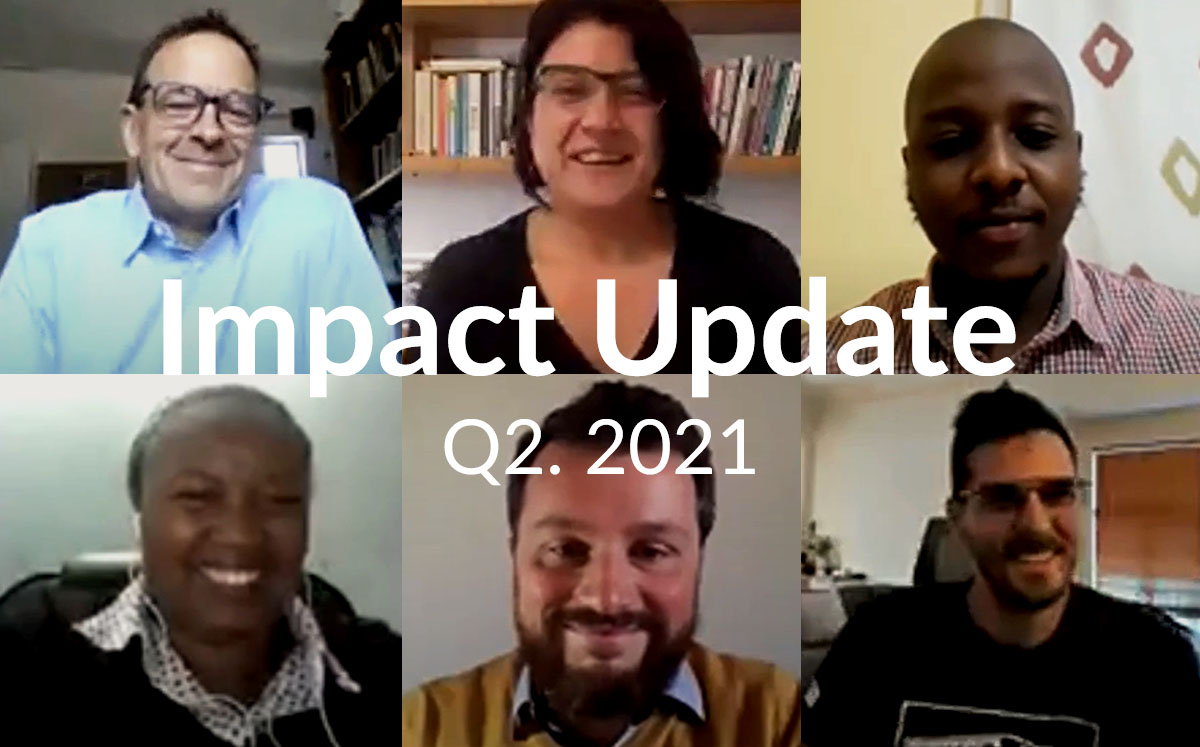 On May 26, 2021, WJP announced the six winners of the World Justice Challenge 2021 competition. In response to the COVID-19 pandemic, this year's World Justice Challenge sought to identify, recognize, and promote good practices and high-impact projects and policies that protect and advance the rule of law in this time of unprecedented crisis. Selected from a pool of 425 submissions from 114 countries and 30 finalists, these six winning projects were awarded $20,000 USD for their inspiring work:

Key Insights: The World Justice Challenge 2021 recognized dozens of innovative projects from around the world in response to the pandemic’s effects on the rule of law. Our "World Justice Challenge 2021: Outcome Report" summarizes the main insights we learned from justice champions working on accountable governance, anti-corruption, fundamental rights, and access to justice. It offers concrete ideas for strengthening rights and governance from the ground up, including important findings on the use of data and technology, the critical contribution of citizen voices, and ways to reach more vulnerable populations.

Launch of the WJP Mexico States Rule of Law Index

On April 28, WJP's Mexico team launched the third edition of WJP’s Mexico States Rule of Law Index. The 30-minute digital event included testimonials from three Mexican State Governors (Yucatan, Sonora, and Guanajuato), Mexico’s Undersecretary for Human Rights, Population and Migration, and others. Attended by over 580 viewers, guests included members of the Senate, Federal and State governments of Mexico, as well as foreign government officials and policy-makers.

The Mexico States Index measures adherence to the rule of law in each of Mexico's 32 states using a survey methodology modeled on WJP's approach in over 120 countries. It is one of the most complete measurements of institutional performance in the country and it is currently cited in seven state and five national development plans, helping policy and decision makers promote public policies that strengthen the rule of law in Mexico.

Framing the Rule of Law Conversation

As we celebrated the 2021 World Justice Challenge winners, we were delighted this quarter to receive news of a major success in the work of a 2019 winner—the Malawi Resentencing Project coordinated by the Malawi Legal Aid Bureau, Reprieve-Malawi, and Cornell Law School. The Project’s work to represent death row prisoners has resulted in more than 145 prisoners having their death sentence overturned and being released from prison. The Project has also helped foster reconsideration of the death penalty among policy-makers, government officials, the judiciary, and society as a whole, culminating on April 28 in a historic Supreme Court decision abolishing the death penalty. The Project, which used the World Justice Challenge prize to expand its efforts to Tanzania and Kenya, sees the Malawi ruling as setting the stage for abolition in other countries in the region.

Recent WJP media mentions from around the world:

The Effectiveness of Justice and Freedom of the Press Decline in 16 States
El Pais | April 28, 2021

Has the Duterte Administration Made Us a Stronger Nation?
PhilStar Global | April 28, 2021

The Rule of Law Index in Mexico: A Tool for Decision Making
Mexicanos Contra la Corrupcion | May 11, 2021

Yoweri Museveni: What to Expect When He Starts Another 5 Years in Power in Uganda?
BBC | May 12, 2021

World Justice Forum 2022: Save the Date

The World Justice Project is pleased to announce that the next edition of the World Justice Forum will take place from May 30 – June 2, 2022, in The Hague, Netherlands and online. Please save the date on your calendars for this milestone event! Convened on a theme of “Building More Just Communities,” the Forum will assemble diverse public and private sector leaders and advocates to advance a just recovery from COVID-19 and stimulate progress on the Sustainable Development Goals. Please save the date for an important agenda-setting event for the rule of law community!