Adalah's Emergency COVID-19 project uses legal action before Israeli courts and state authorities, together with media outreach, to obtain remedies for discrimination faced by the Arab minority, around 20% of the population of Israel. From the outset, the Israeli Government neglected the needs of Arab citizens in areas like access to health services, distance learning, public information, economic support, and the right to privacy. Adalah has undertaken over 40 legal actions, including 15 Supreme Court petitions, and achieved positive legal results, including the provision of COVID-19 testing, more equitable allocation of public funds for Arab towns, and civil liberties protections.

The project addresses the problem of discrimination against Arab citizens of Israel, a national, homeland minority group that comprises about 20% of the population, during the COVID-19 (C19) crisis. From the start of the outbreak, the Israeli Government acted discriminatorily in its interventions to protect people's lives and wellbeing, in areas including access to healthcare, distance learning, information, economic stimulus measures, and the right to privacy/civil liberties. This discrimination has deepened the long-entrenched structural discrimination faced by Arab citizens.

The Arab minority includes vulnerable sub-groups like the Bedouin in the Naqab (Negev) desert in southern Israel, women, and children. These groups are often at greatest risk from C19, but afforded the least rigorous protections.

Adalah's project has challenged discriminatory state policies before the Israeli legal system, including:

Adalah has worked to solve this problem by pursuing legal cases in the Israeli courts to obtain concrete remedies for discrimination against Arab citizens of Israel during the C19 crisis. The project has achieved several positive legal results, including the increased provision of C19 testing and health information, allocation of emergency state funds for Arab towns and citizens, and civil liberty protections. While the primary target population is the Arab minority, some policy changes have also benefitted the wider Israeli Jewish population. Successes achieved include:

The project is based on a comprehensive, responsive and proactive approach to tackling the problem of institutionalized discrimination against the Arab minority in Israel in the context of the C19 crisis. To date, Adalah has brought over 40 legal cases before the courts and state authorities to seek timely remedies for concrete instances of discrimination through this project. The project template may be adapted by other legal actors to demand rights protections for other minorities facing institutionalized discrimination that have been worsened by state responses to the pandemic.

Adalah will continue to challenge the Israeli Government's response where it leaves Arab communities in Israel unnecessarily exposed to the pandemic and its after-effects. The continued impact of the project is expected to include the mitigation of discrimination in state measures to secure health, education, and economic recovery from the crisis, encompassing economic recovery packages, the availability of C19 testing and emergency medical services, vaccines and future treatments, and any steps to assist Arab children in narrowing the gaps that have grown between them and their Jewish Israeli peers during school closures.

The project could be scaled up to include additional aspects within the economic sector, to encompass broader economic justice work aimed at preventing further widening of existing inequalities and spikes in poverty levels among the Arab minority. The C19 pandemic is expected to have a long-lasting economic impact, and we anticipate that Arab citizens are likely to be deprioritized or excluded from state recovery plans, e.g. the provision of loans and other forms of financial assistance to struggling businesses, measures to help youth into work and to curb youth unemployment, and new public works/infrastructure projects to stimulate local economies.

Specific project cases can also serve as examples in other contexts, e.g. a precedent-setting legal case that Adalah brought against contact tracing and monitoring of C19 patients and those who came in contact with them by the Israeli Shin Bet intelligence service. Adalah has been contacted by multiple organizations and practitioners in other countries seeking information about the case and its potential replicability. Similarly, litigation brought by Adalah against Israel's dozens of C19 Emergency Regulations reflects issues relevant in other countries, e.g. the exploitation of the pandemic as a national security issue rather than a public health issue, the constitutional role of the government versus the legislature in a civil emergency, and the involvement of the security services in civilian matters. 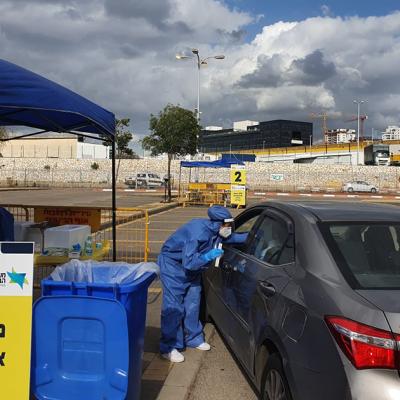 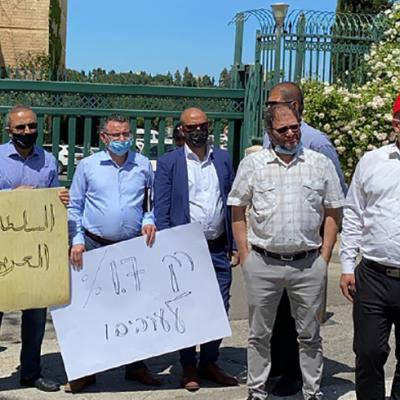 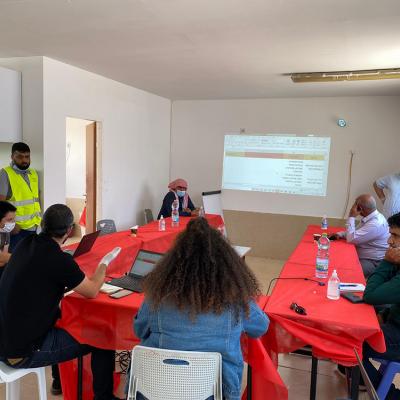 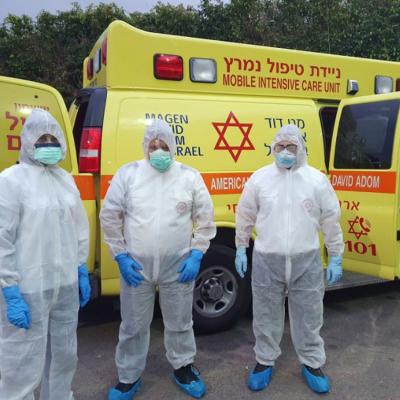