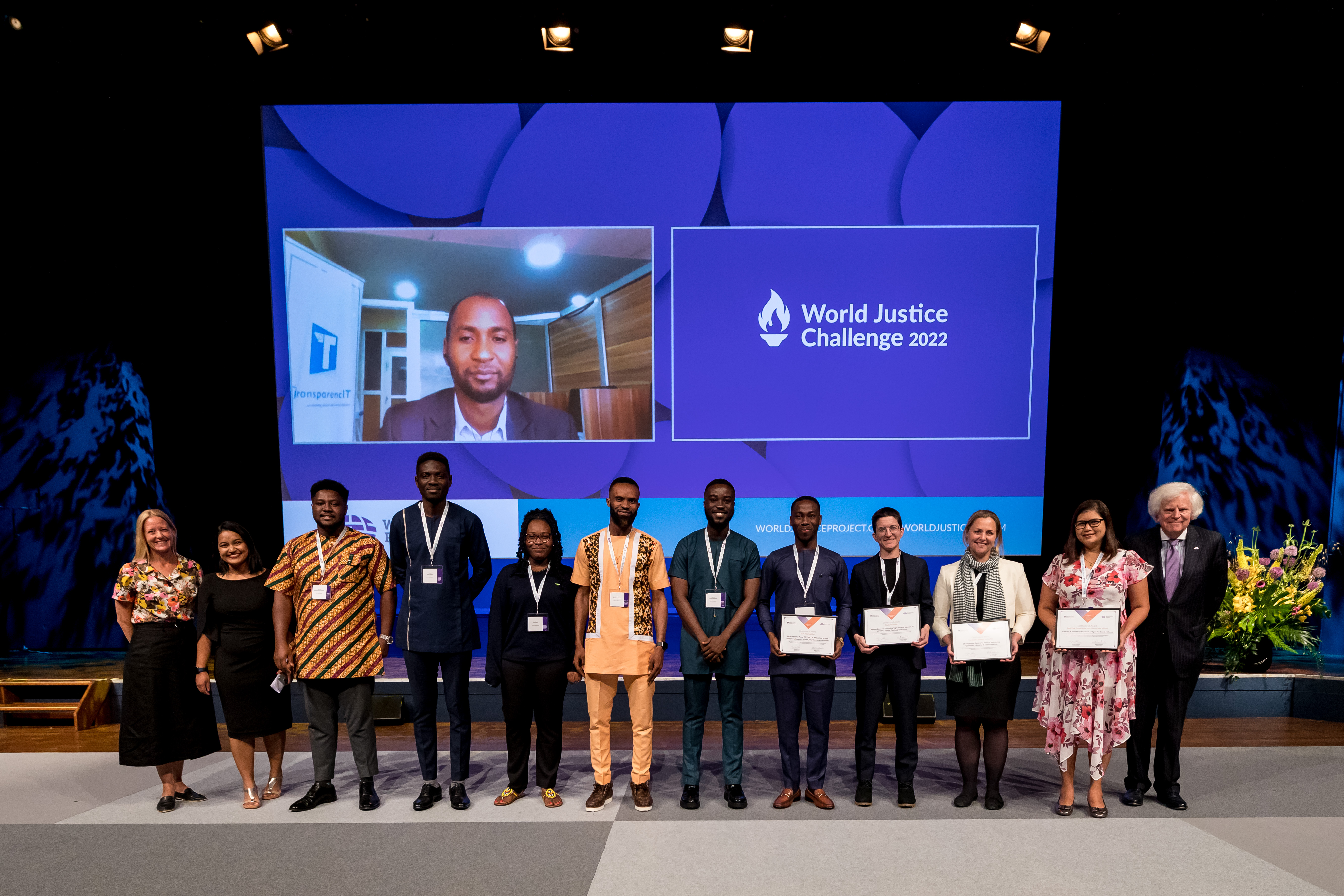 The World Justice Challenge is a global competition to identify, recognize and promote good practice and high-impact projects and policies that protect and advance the rule of law.  The winning projects in India, Nigeria, Ghana, Cambodia and a US-based global project, were selected for their impact expanding access to justice, championing equal rights and advancing open government and anti-corruption measures  – all while demonstrating strong prospects for replication and expansion.

"Rule of law is under attack around the world, and people are suffering countless injustices as a result," said Bill Neukom, co-founder and CEO of the World Justice Project.

"The World Justice Challenge demonstrates how communities are resisting these attacks, and how their innovations can succeed in delivering justice, opportunity, and peace.  We applaud these rule of law champions and look forward to the additional impact they inspire through their exemplary work."

Selected from a pool of 305 applicants from 118 countries, the winners were among 30 World Justice Challenge finalists invited to showcase their groundbreaking work at the World Justice Forum. Finalists were evaluated by a 10-member judging panel, which included former president of Costa Rica, Laura Chinchilla, General Secretary of International Trade Union, Sharan Burrow, and human rights activist Hina Jinali.

$20,000 USD prizes were given to best-in-class initiatives under the themes of Access to Justice, Anti-Corruption and Open Government, and Equal Rights and Non-Discrimination. A fourth, Data for Justice, prize was given to the project that demonstrated the best overall use of data and evidence, and the fifth, Alumni Vote, prize was chosen by winners and finalists of Challenge competitions from past years.

The World Justice Challenge 2022 winners are:

Less than 30 years ago, there were fewer than 10 lawyers in Cambodia and only one Appeals Court in the entire country.  Cambodia Bridges to Justice provides legal aid representation in 60 priority cases in two of Cambodia’s appellate courts. Since 2012, they have helped 513 people appeal their cases, with 11% being acquitted and 85% receiving more proportional sentences.

Corruption is Nigeria’s greatest obstacle to economic development; it also often goes unpunished due to slow dispensation of justice and corruption within the justice system. TranparencIT’s Trial Monitoring of Corruption Cases project has helped reduce the average duration of corruption trials from 8 years to 3-4 years, successfully advocating for special anti-corruption courts that are even speedier.

Safecity: A crowdmap for sexual and gender-based violence.

Launched in response to the 2012 gang rape of Jyoti Singh on a bus in Delhi, India, SafeCity captures anonymous data about community sexual assault incidents. The platform differentiates the type of incidents/assaults, time, date, and location.  Red Dot Foundation plans to connect to other local community-based organizations that could implement SafeCity, with a goal of reaching 500,000 reports in 15 countries.

Formerly known as AsylumConnect, InReach is the first web and mobile platform designed to protect LGBTQ+ people, InReach supports those fleeing persecution by matching asylum seekers, refugees and undocumented immigrants with verified legal, medical, mental health, and social service providers in the US, Mexico and Canada.

It said in part: “We are inspired by what we learned this week about the hundreds of concrete projects and proposals underway that tackle these common challenges, starting with the award-winning work we recognized as part of this year’s World Justice Challenge and WJP Rule of Law Award.

We are encouraged by growing momentum at the grassroots and policy-making levels to carry out change.”

About the World Justice Challenge

The World Justice Challenge is dedicated to addressing structural inequities and governance weaknesses exacerbated by the COVID-19 crisis. As rule of law performance continues to deteriorate globally in the wake of the pandemic, communities are falling further behind the Sustainable Development Goals’ promise to “leave no one behind.” In order to fulfill this ambition and clear the pathway to more just communities, it is critical to identify and promote effective approaches to key rule of law challenges. The Challenge contributes to this agenda by compiling a crowd-sourced evidence base for what works, raising its strategic visibility, and strengthening an emerging network of high quality, high impact rule of law organizations, projects and policies. This year, the Challenge finalists and winners were presented at the World Justice Forum 2022: Building More Just Communities, which has taken place in The Hague from May 30 – June 2. The Challenge is organized by the World Justice Project (WJP).

About the World Justice Project

The World Justice Project (WJP) is an independent, multidisciplinary organization working to create knowledge, build awareness, and stimulate action to advance the rule of law worldwide. WJP produces original, independent research and data about the rule of law, including the WJP Rule of Law Index; promotes understanding and appreciation for the rule of law, its relationship to development, and effective strategies to strengthen it; and connects and builds an engaged global network of policymakers and advocates to advance the rule of law through strategic partnerships, convenings, coordinated advocacy, and support for locally led initiatives. 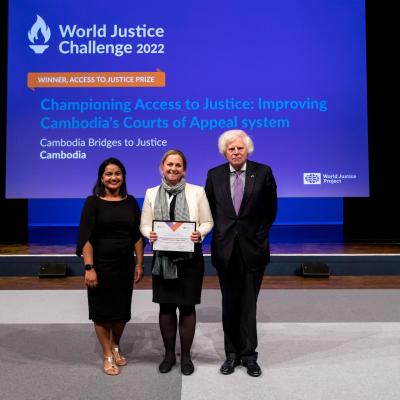 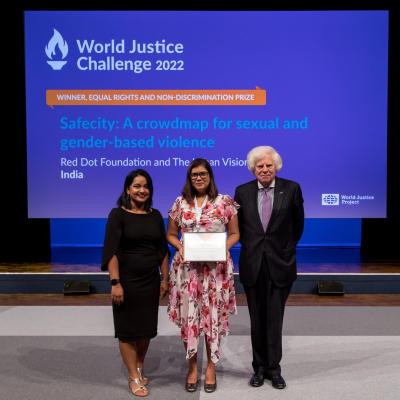 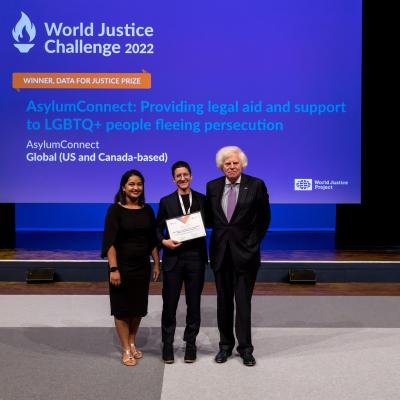 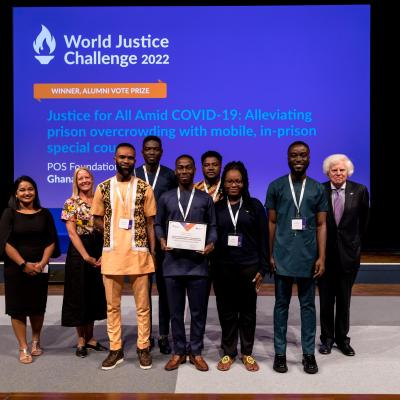 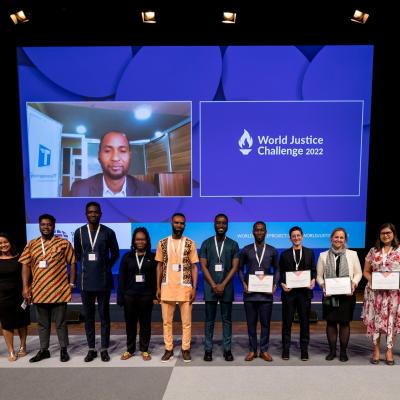