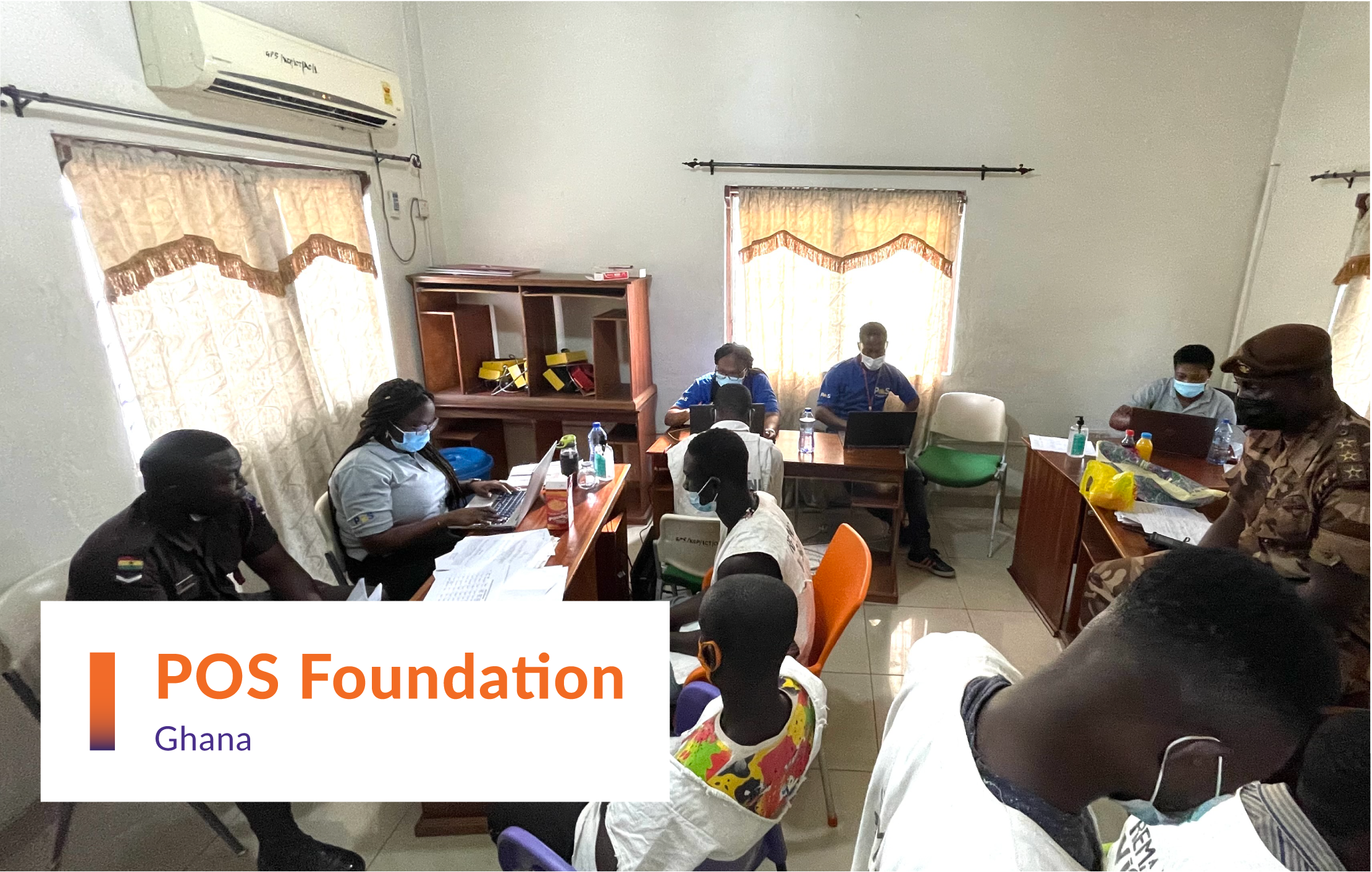 Justice for All Amid COVID-19: alleviating prison overcrowding with mobile, in-prison special courts

The Problem
Ghana’s criminal justice system faces several challenges, including inaccessibility of fair trials, inadequate legal education and representation, and legislative loopholes. These issues impede efficient and fair justice delivery. In many cases, the police fail to bring suspects before a court within a reasonable time period. Police sometimes sign remand warrants themselves and bring suspects directly to prison. Cases of detainees are sometimes neither filed by the police nor sent to the office of the prosecutor to decide whether the suspect should be brought to trial, resulting in prison overcrowding and long pre-trial cases.

The Approach
The Justice for All Program (JFAP) alleviates prison overcrowding by creating mobile, in-prison special courts to adjudicate prisoner cases throughout the country. This initiative began in 2017 and is a unique partnership between the state judicial service and POS Foundation in Ghana. In 2020, it became imperative to alter the format of the programme to adapt to the restrictions caused by the Covid-19 pandemic. The POS Foundation suggested the “Justice for All Amid Covid-19” programme to the judicial service, which then initiated virtual JFAP court sessions to continue to deliver trials to remand prisoners during the pandemic. So far, virtual court sessions have been held at the Akuse, Koforidua and Kumasi prisons.

The Future
Opportunities to replicate the program include a proposed Regional Criminal Justice System Network in the West-African ECOWAS states. The purpose of this network would be to unite groups operating within the criminal justice system in West Africa, identify similarities within jurisdictions, and discuss effective adoption and replication of the JFAP.