In a year of enormous rule of law challenges around the globe, the World Justice Project sounded the alarm that 85% of the world’s population now live in countries where rule of law is declining. Throughout 2021, WJP worked to track and reverse these trends.

We tapped the voices of over 140,000 people around the world to deliver an actionable data roadmap for prioritizing governance and justice reforms. We crowdsourced hundreds of rule of law solutions and elevated grassroots innovations with the greatest promise for impact at scale. We advocated for critical reforms, and we advanced a data-driven movement to put people and their real-life struggles at the center of the justice agenda.

In 2022, we look forward to building on this year’s accomplishments – including the examples highlighted below – and to collaborating with all those committed to advancing the rule of law. Together we can move the world beyond recovery to a more just future. 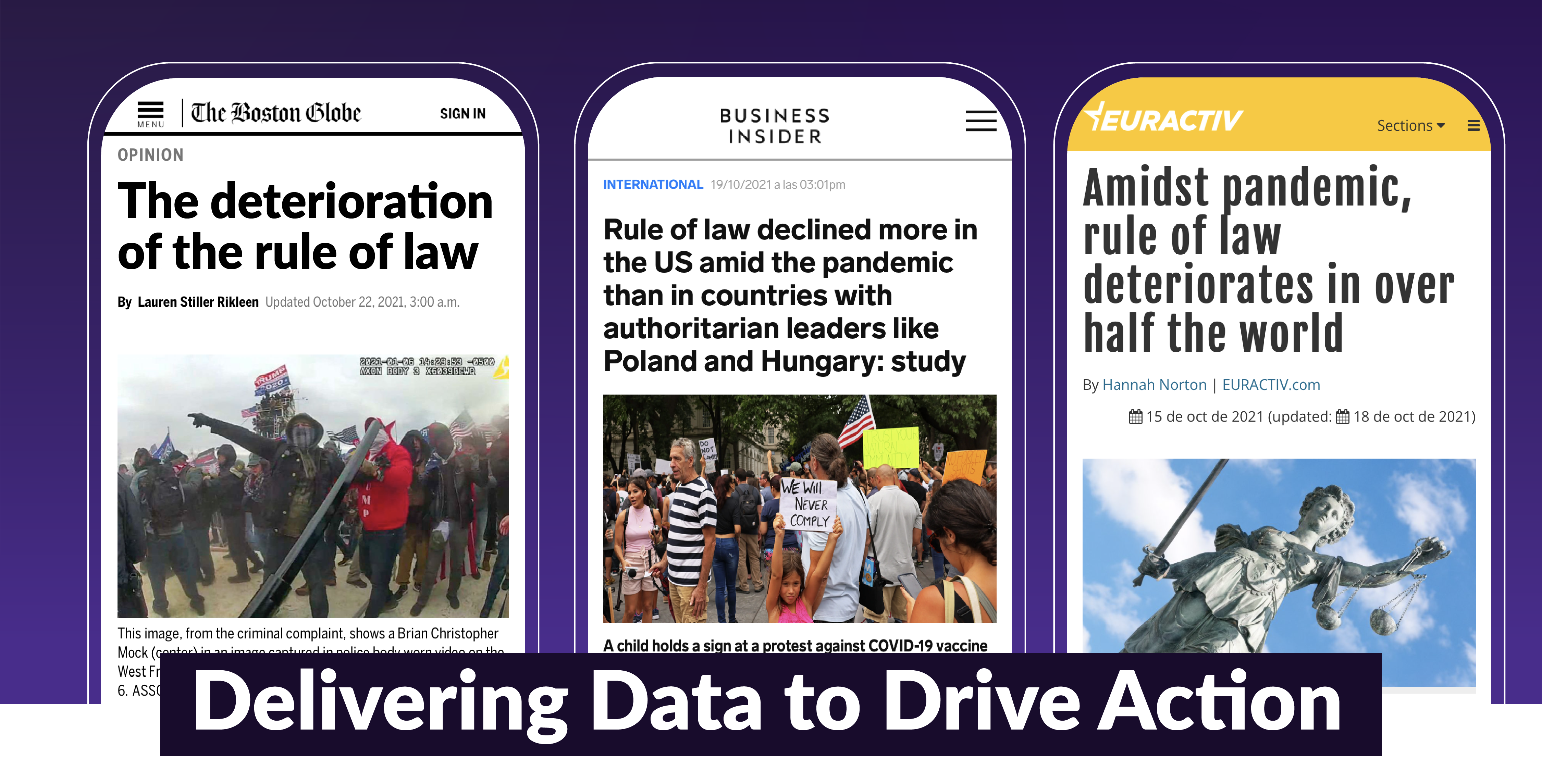 In October, leaders from government, business, and civil society joined us to launch the first in-depth, global assessment of rule of law since the pandemic began. The World Justice Project (WJP) Rule of Law Index 2021 garnered global media attention and identified troubling trends. We mapped how COVID-19 has accelerated rising authoritarianism, finding that constraints on government powers fell in over 70% of countries studied and civic space closed in 82%. More countries – including Kazakhstan, Kosovo and Mexico – adopted Index indicators in national plans to benchmark and track progress in delivering justice and accountable, open government. And new partnerships with the U.S. Department of State and the European Union will allow us to more deeply explore rule of law trends across the Western Hemisphere and European Union member states.

In the 2021 Netflix docuseries Reasonable Doubt: A Tale of Two Kidnappings, esteemed documentarian and WJP Researcher Roberto Hernandez follows four men’s shocking journey through the Mexican criminal justice system, despite a startling lack of evidence. The four-part film grew out of WJP research and puts anguished human faces to our mixed assessment of Mexico’s 2008 criminal justice reforms. We argue that improved trial transparency must now be followed by reforms to curb pre-trial deficiencies and abuses, including torture. Our short documentary “Detectives de Chihuahua” demonstrates how professionalizing local police can finally empower them to investigate and legitimately solve major crimes. And our research into minor crimes reveals how expanding alternative dispute resolution will deliver more efficient, more just outcomes. Read more about our criminal justice work in Mexico. 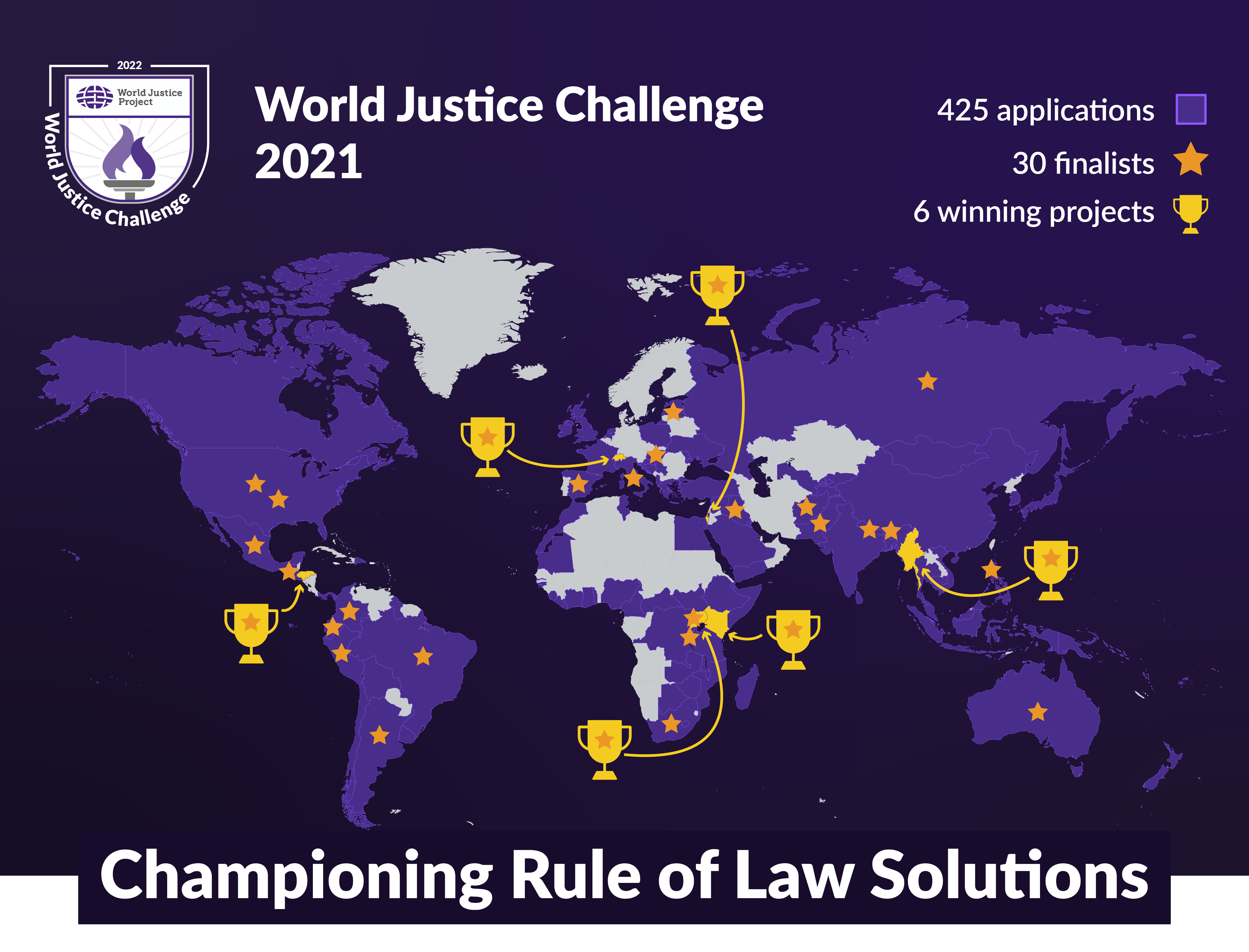 We continue scouring the globe for the most promising local projects and policy-level solutions to ensure a more just future. World Justice Challenge 2021: Advancing Rule of Law in a Time of Crisis sourced 425 submissions from 114 countries, including projects to free children imprisoned during COVID-19, to empower survivors of surging domestic violence, and to tap technology to document corruption, election fraud and human rights abuses. In live virtual events, we showcased the replicable innovations of 30 finalists and six winners across six continents. In 2022, we’ll invite the next selection of Challenge finalists to the Hague for the premier international gathering for the rule of law movement. Join them, in person or virtually (May 30 - June 2). Register for World Justice Forum 2022: Building More Just Communities. 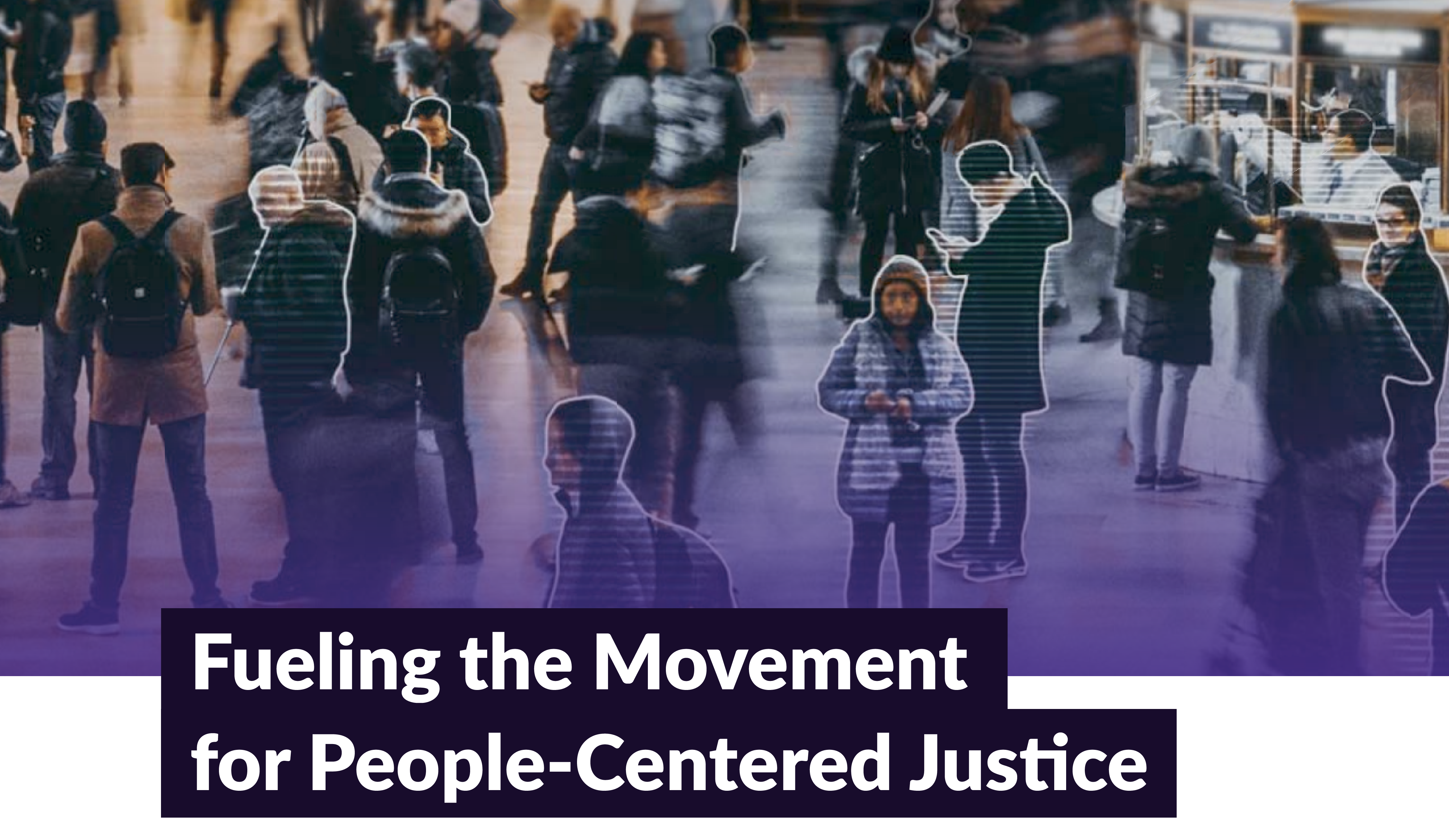 We keep building on our research that revealed over 5 billion people lack meaningful access to justice. Our 2021 Grasping the Justice Gap challenge paper lays out a data agenda for the growing movement to prioritize people over institutions in justice reforms. And a follow-on project advances one major recommendation: making people-centered data more accessible to policymakers. Our interactive map links to all publicly available legal needs surveys conducted in the last three decades, reflecting people’s experiences in 108 countries and jurisdictions. Explore the Atlas of Legal Needs Surveys.

Support from friends like you makes this work possible.

Learn how to support our work at worldjusticeproject.org/donate.