In 2008, the Mexican Federal Congress enacted a constitutional reform that changed the way the criminal justice system operates in Mexico. Almanac: Statistical Memory of the Transition between Two Mexicos - Achievements and Challenges of the New Criminal Justice System is an effort by the World Justice Project (WJP) Mexico team to contribute to greater understanding—through descriptive statistics—of some of the effects of Mexico's New Criminal Justice System (NCJS). The Almanac contrasts the former inquisitorial model to the new adversarial system at a national level using the perspective of persons deprived of liberty. The same contrasting exercise was performed for 31 Mexican states, producing 31 volumes in addition to the national Almanac, published on WJP Mexico's website. 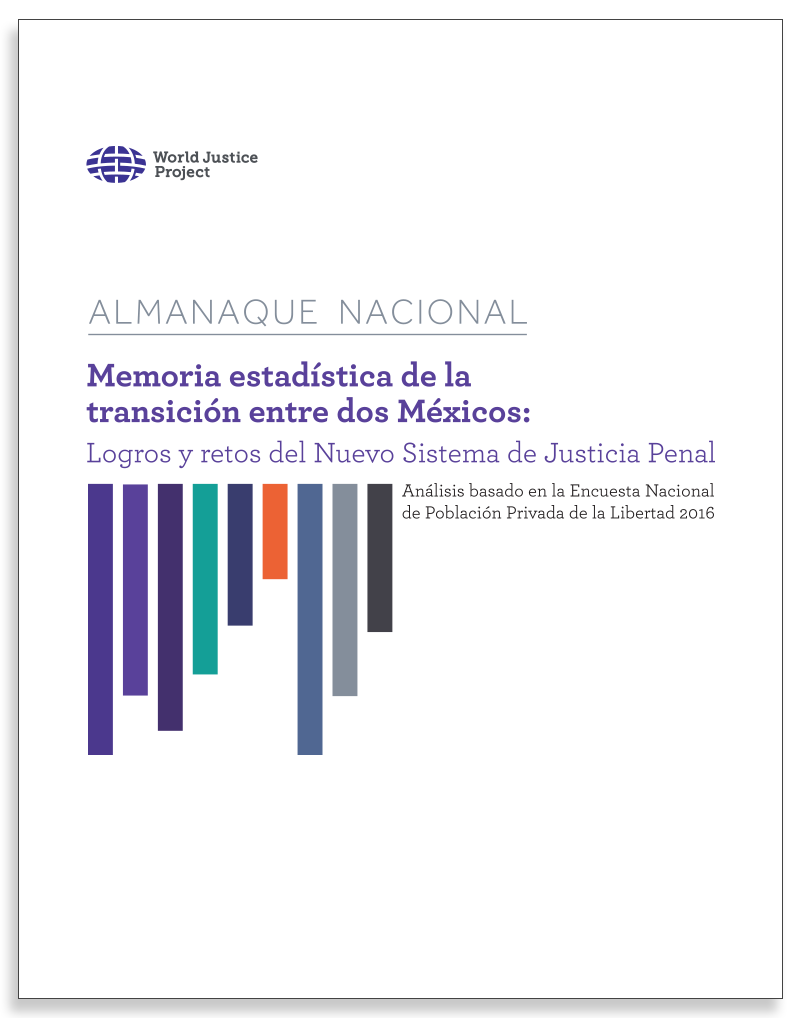 The data comes from the National Survey of Population Deprived of Liberty (ENPOL) 2016, prepared and published by the National Institute of Statistics and Geography (INEGI). ENPOL documents the experiences of more than 58,000 people deprived of liberty aged 18 years and above. Prior to the administration of the survey, INEGI invited several organizations to review the questionnaire. At this stage, the WJP provided suggestions that would allow measurement of the performance of criminal justice system officials.

Based on state- and unit-level representation, a multidisciplinary team made up of lawyers, economists, and political scientists established a methodology to identify and differentiate between those who were prosecuted and sentenced under the inquisitorial model and those whose criminal proceedings fell under the adversarial system.

Given that implementation of the NCJS developed differently at each state between 2008 and 2016 (implementation phase), the WJP team created a database containing the information from the decrees of transition to the adversarial system published by the state and federal governments. This database was useful to differentiate the cases which fell under the previous system and those which fell under the NCJS in each state, and consequently, identify improvements and standstill per state. This database included the state in which the prosecution occurred, category of crime, date of decree enactment, and effective date.

Through this process, it was possible to identify the type of system under which the 58,127 respondents were detained, indicted and tried. This sample is representative nationally, by state, and by selected prison. The following table shows the groups created on a national basis.

Detention: Greater Due Process Adherence and Reduced Use of Force During Detention and Transfer

To learn more about WJP's evaluation of Mexico's new criminal justice system, explore and download Almanac and its 32 volumes at worldjusticeproject.mx/almanaque-enpol16.