The World Justice Project Rule of Law Index® is the world’s leading source for original, independent data on the rule of law. Covering 139 countries and jurisdictions, the Index relies on national surveys of more than 138,000 households and 4,200 legal practitioners and experts to measure how the rule of law is experienced and perceived worldwide.

Deterioration in rule of law is spreading worldwide

The declines were widespread and seen in all corners of the world. For the second year in a row, in every region, a majority of countries slipped backward or remained unchanged in their overall rule of law performance.

During the last year, 70% of countries covered by the Index declined in Constraints on Government Powers. This decline was the most pronounced in three regions: South Asia; the Middle East and North Africa; and the EU, EFTA, and North America.

Over the past year, 82% of countries in the Index experienced a decline in at least one dimension of civic space (civic participation, freedom of opinion and expression, and freedom of assembly and association). 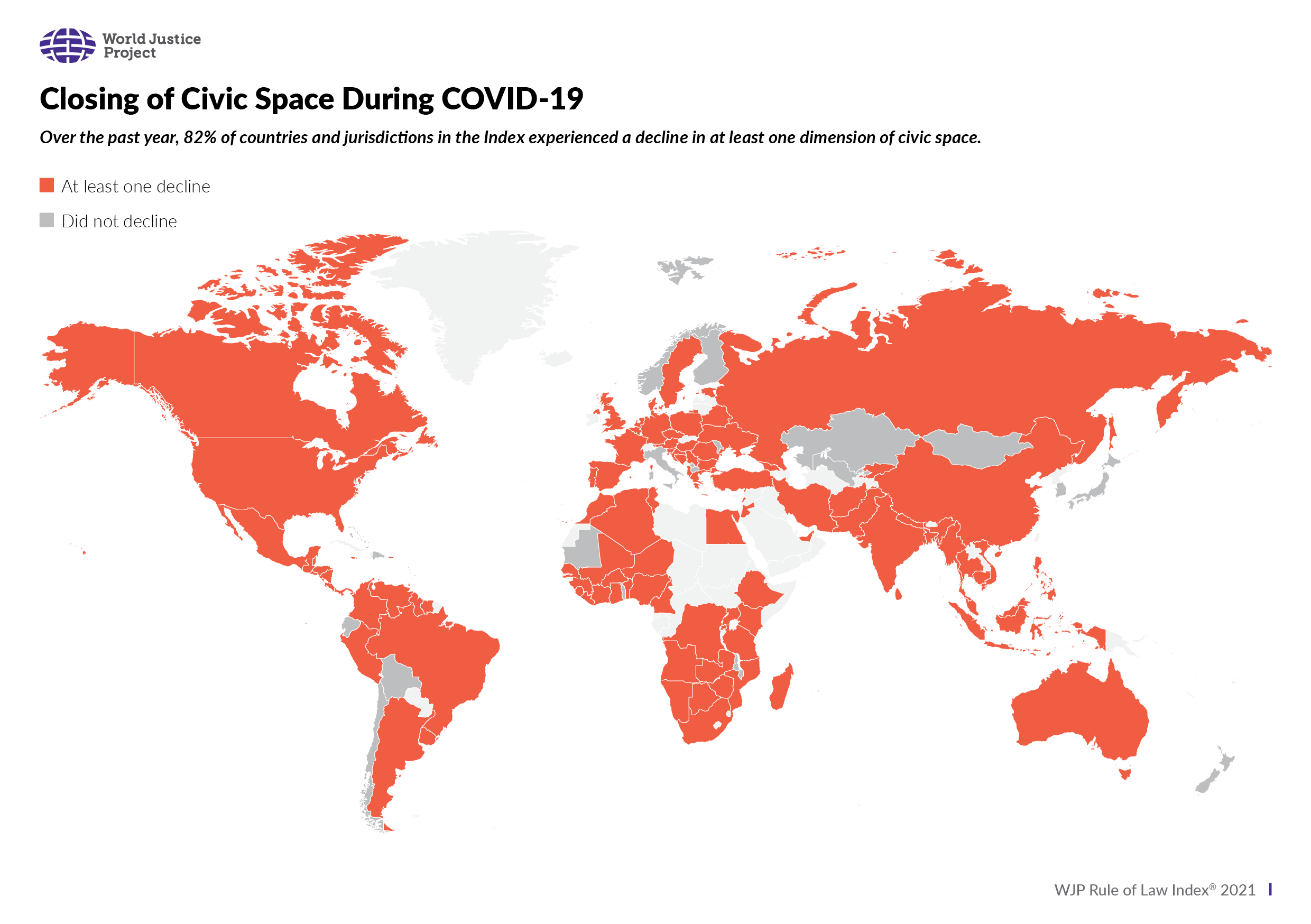 During 2020, 67% of countries covered by the Index experienced declines in the indicators that evaluate equal treatment and absence of discrimination. This decline was the most pronounced in Sub-Saharan Africa and in the Middle East and North Africa. 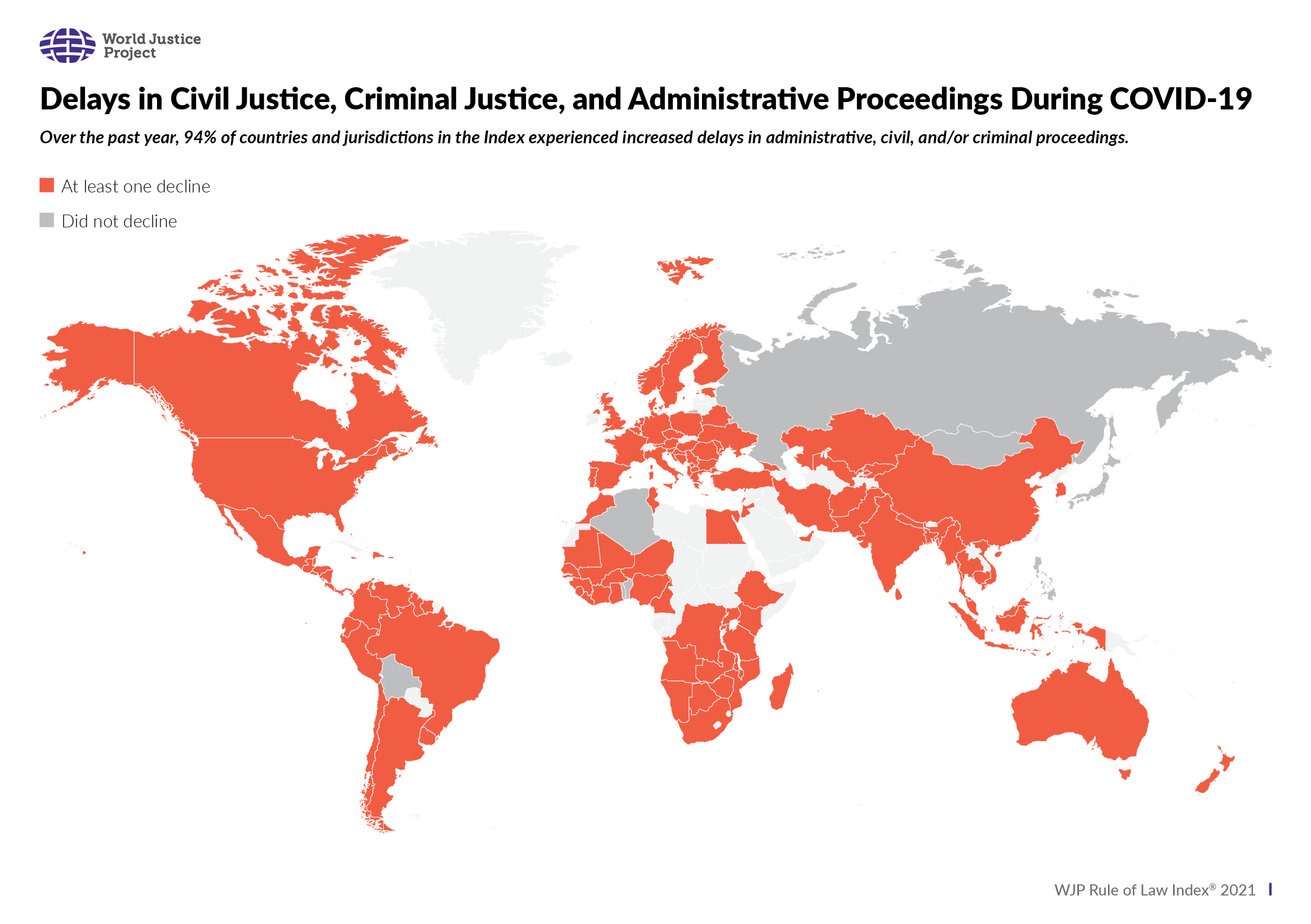 Rankings and progress across countries

Denmark, Norway, and Finland topped the WJP Rule of Law Index rankings in 2021. Venezuela, RB; Cambodia; and Democratic Republic of the Congo had the lowest overall rule of law scores—the same as in 2020.