Justice in the Year of #MeToo

As Kofi Annan, Nobel Prize laureate and former Secretary-General of the United Nations said, “Gender equality is more than a goal. It is the precondition for meeting the challenge of reducing poverty, promoting sustainable development and building good governance.”

No country has achieved gender equality yet. Even in the countries that score highest in the WJP Rule of Law Index—which measures how well a country adheres to laws designed to ensure that everyone is treated fairly—women and girls do not have the same rights and opportunities as men. And because gender inequality is so ingrained in social, economic and political structures, these systemic inequalities are not easily untangled. They are embedded in laws, and they are embedded in culture. Women and girls still lag behind in basic legal protections, land and inheritance rights, access to education, health and reproductive rights, protection from violence and sexual harassment, and safe and fair workplaces.

Indeed, the recent Global Gender Gap Report produced by the World Economic Forum predicts gender parity is a good 200 years off. That’s not a typo. 200 years, not 20.

This past year, we saw rising right-wing populism threaten the rights that women have fought for for decades. We saw the reinstatement of the Global Gag Rule and slashing of funding for women’s access to health, the Rohingya refugee crisis in Myanmar (described as a uniquely feminized crisis), and sexual harassment scandals that gave rise to the #MeToo movement and uncovered how widespread and ubiquitous harassment is in the labor force for millions of women.

Progress on gender equality requires changing hearts and attitudes—not just laws. International Women’s Day provides the perfect opportunity to pause and celebrate the small changes that led to big milestones this year. And there were many.

The Women’s March. The first month of 2017 began with the Women’s March, a historic event which galvanized an estimated 5 million people in 58 countries to show their support for gender equality following the inauguration of US President Donald Trump, who was elected despite being accused of sexual assault by more than a dozen women. Facebook reported that the Women’s March was the largest recorded event on record.

Pay Equity. Following the march, Iceland became the first country to introduce legislation requiring companies to prove pay equity or face fines. Switzerland followed by proposing their own equal pay legislation, and Norway’s football association set a historic standard in sports by announcing their commitment to pay equity.  It’s an issue that women athletes have been championing for a long time. In Brazil, a group of professional women athletes created the Guerreiras Project, a way to use sports to create conversations around gender discrimination and access. Their project was supported by WJP with seed funds from the World Justice Challenge and after attending the World Justice Forum to speak on a panel about sports and the rule of law, the Guerreiras Project felt inspired and emboldened to become more vocal about how professional women players are paid under the table without formal contracts so that employers are not accountable under the law. The Guerreiras Project also began collaborating with FIFA to improve inclusion and advocate for more women in decision-making.

Child Marriage Prevention. 2017 also saw strides in legislation to prevent child marriage. Child marriage greatly reduces the likelihood that girls will complete secondary school, reduces their future earnings, and drives maternal mortality for girls whose bodies have not fully developed. Trinidad and Tobago, Guatemala and El Salvador all amended a number of marriage acts and loopholes that now outlaw underage marriage. Malawi—a country that consistently ranks among the world's top twenty nations with the highest prevalence of child marriage—removed a provision that permitted child marriage if the parents consented. In late 2017, WJP helped to incubate and support a new program in Kyrgyzstan addressing child marriage through the tradition of “bride kidnapping.”

Strides for Women in MENA. Tunisia, Lebanon and Jordan removed laws that allowed rapists to escape punishment if they agreed to marry their victims. The new laws now provide survivors with access health and legal services resulting from the trauma. Saudi Arabia, the only country in the world to ban women from driving, will now allow women to acquire driver’s licenses beginning in 2018. And in Israel and Palestine, as well as Kuwait, we saw strides to protect domestic workers, the majority of whom are women. WJP supported a program in Kuwait, the Social Accountability for Recruitment Agencies Program (SARA), to help recruitment agencies and employers in Kuwait to strengthen adherence to international labor standards for domestic workers. The project also provides legal support to migrant workers through "know your rights" trainings, legal advice and transportation in support of complaints. Project 189 was recently a finalist for the Grassroots Justice Prize, a global competition in collaboration with WJP, Namati, UNDP and The Elders.

We still have much to do. This International Women’s Day has been dedicated to #PressForProgress. But every day, heroes fighting for wage parity in women’s sports, curbing child marriage, and protecting the rights of domestic workers are making progress on creating new cracks in the glass ceiling. 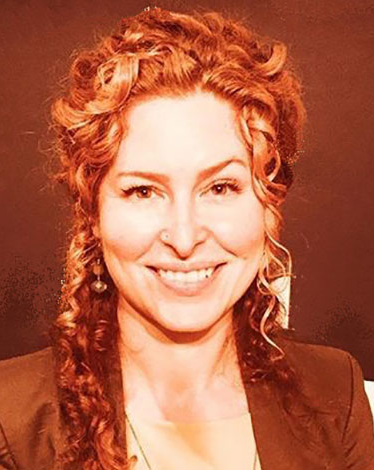 Radha Friedman is the Director of Programs at The World Justice Project. Over the last 15 years, Ms. Friedman has worked in the civil society sector to advance social change around the globe, from helping social entrepreneurs launch new initiatives, to helping organizations scale for impact, to building cross-sector partnerships.