In Mexico, evidence of abusive and corrupt police officers has sparked a public policy debate centered on the role of Mexico's local police. In part triggered by the large proportion of Mexican citizens who perceive neighborhood law enforcement to be ineffective, proposals have emerged to militarize public security and to roll back criminal justice reforms that are still in their infancy. Through an in-depth analysis of publicly available data from INEGI (the Mexican Census Bureau), and data from WJP's General Population Poll (GPP), the World Justice Project - Mexico has produced two key findings: 1) citizens' trust in local police is directly linked to their sense of security; 2) local governments can improve their law enforcement institutions to earn that trust.

Learn more in the following analysis by WJP-Mexico experts, originally published in Nexos on September 23, 2019.

…out of a mountain of despair, a stone of hope.
Martin Luther King

The present text purposely seeks to "take a breath" at a time when the overall outlook toward security matters has soured. It is an invitation to turn our gaze to specific points in Mexico—in certain cities—where, while we do not suggest every problem has been solved, we have gradually seen the emergence of positive outcomes 1 in areas where we are accustomed to see nothing work. It may be the case that expected improvements to numbers related to crimes, victims, and national-level citizen perceptions emerge from a chain of local-level accomplishments.

Paradoxically, both absolute despair about our major public safety problems as well as blind faith in the notion that things will get better on their own, over time, drive us to resignation, inaction, and cynicism. As Bulgarian writer Maria Popova stated, individuals as well as civilization must strike a balance between critical thought, and hope, if we are to prosper.

After the previous decade's adversity and obvious emergency in this arena, several cities' response was to expand public safety institutions' capacities. Other cities, facing successive waves of problems, have frozen up somewhere between negligence and incompetence, with no plans for police intervention; but nothing suggests that this is an inevitable fate. In contrast, hopes that security in Mexico can rebound by strengthening local police departments is empirically supported by two findings to be presented below.

First is the likelihood that individuals feel safe in their cities if their trust in local police increases over their trust in any other law enforcement agency, according to a World Justice Project analysis of quarterly data (2016-2019) from the Instituto Nacional de Estadística y Geografía (i.e., the Mexican Census Bureau; acronym in Spanish: INEGI) "National Urban Public Safety Survey" (Encuesta Nacional de Seguridad Pública Urbana; acronym in Spanish: ENSU). 2

This finding is even more relevant because there is evidence that people who trust the police are more willing to cooperate with them. 3 Additionally, studies show citizen trust in the police is the basis of those institutions' legitimacy. 4 Legitimacy 5 is linked to the population’s perception that police are fair and courteous in their procedures. 6 Rolling out or redoubling efforts to strengthen trust in local police forces will quite likely have positive effects on perceptions of safety. Today, seven of every ten people in Mexico feel unsafe in their local jurisdictions.

According to INEGI’s Encuesta Nacional de Seguridad Pública, between 2Q 2017 and 2Q 2019, the percentage of individuals that trusted local police 7 went from 49.2% to 67.8% in Ciudad Nezahualcóyotl (Mexico State). In Guadalupe (Nuevo León), it went from 55.4% to 65.6% and in Escobedo (Nuevo León) went from 57.5% to 70.4% between 2Q 2018 and 2Q 2019 8 as reported by the same source. On the national level, 45.3% of the population 9 trusts their local police; this holds true in the same period, in both preceding years, with only minor variations. The citizen-police force connection can improve city by city and in some cities this process is already underway.

Criticism of Mexico’s police forces is well-founded and justified in most cases; not reacting in consequence has become costly in numerous dimensions. On the other hand, ignoring the case of cities where police are gaining people’s trust is an error. The three abovementioned cities, for example, support so-called "proximity units" (unidades de proximidad) that stay in constant contact with neighborhood residents and offer police a first-hand picture of security problems that is enhanced through strategic patrolling in identified problematic areas as well as through video-surveillance systems and criminal databases from C4-concentrated police.

In Escobedo, starting on July 23, 2019, proximity police took complaints directly from victims and its Analysis and Investigation Unit works in coordination with prosecutors (Fiscalía General de Justicia) to identify and track down those responsible for crimes.

Thus in August 2018, authorities apprehended a convenience-store thief who commited crimes at knifepoint while wearing a motorcycle helmet. The investigation unit's young analysts discovered his whereabouts after studying video footage the business provided and cross-referencing this against criminal records and analyzing the suspect's social-media pages.

Outcomes from proximity are significant; the mere presence of proximity may be sufficient to improve trust even if there are no positive effects populations can perceive. In Escobedo, Nezahualcóyotl and Guadalupe, the percentage of the population that considers its police force effective 10 increased far above the national average of 41.4%.

The second finding that supports an imperative to strengthen local police forces has to do with the fact they are almost exclusively the law-enforcement agencies that respond in person to citizen calls for help. It means that in most cases, local police are the first government responders to come into contact with crime victims or witnesses. Information on the facts police are obliged to gather at that time—alongside in situ accusations 11 —make the difference between apprehending perpetrators or seeing them elude punishment. Properly preserved physical evidence and tracking down witnesses are the biggest factors in the likelihood of making an arrest 12 and these police forces’ investigation units are best up to the task since they have immediate access to video-surveillance systems set up in their jurisdictions that allow them even to real-time identify license plates. Which once again underscores the relevance of local-police investigations.

According to the general-population survey the World Justice Project undertook for its 2018 Índice de Estado de Derecho en México (WJP Mexico States Rule of Law Index), 38% of Mexico’s population voluntarily sought police assistance in 2016, in person 13 or remotely. 14 Of these, six of every ten (65.49%) received a face-to-face response from local police, followed by state police, with 9.15% of such voluntary contacts.

It is also the case that this is currently one of the most challenging times for speaking of police and positive outcomes; reliable indicators of abuses committed by law-enforcement agents are abundant and the security context is alarming. But for this reason the discussion is all the more pertinent: identifying police strategies that reduce crime and violence, so they can be replicated in the largest number of possible places, is one of the paths to Mexico’s sustainable pacification. The evidence portrayed here recognizes local police as an indispensable state actor for achieving as much. None of the abovementioned cities has solved its security problems but all are assuredly assaying responses that now produce positive effects. In many ways these institutions are still on paths to development. Not every institution that can document a degree of hope is named here; it will be up to the academy and civil-society organizations to evaluate and systematize effective—or at least promising—practices and interventions. The demand for such inputs is real.

In the short-term, it is up to Mexico’s Executive and Legislative branches as well as local governments to roll out concrete budget-related measures that make strengthening police forces a serious priority starting in 2020.

This article originally appeared in Nexos on September 23, 2019.

1 It will be necessary to administer impact evaluations to establish causality between specific interventions and strategies and observed changes.

2 To arrive at this statement, the World Justice Project undertook a pooled, fixed-effect logistic regression analysis (for each Mexican state and each year) using data from the Encuesta Nacional de Seguridad Pública Urbana (ENSU) between 3Q 2016 and 1Q 2019, in which the dependent variable is the likelihood that individuals feel safe in the city they inhabit and dependent variables are the trust one holds in each of the three police levels (federal, state and local) plus fixed effects. Later an average marginal effect was calculated based on trust held in each of the police forces about the likelihood of feeling “somewhat” or “very” safe in one’s city.

6 Adding these concepts to relevant indices such as victimization and public safety perceptions, as well as to the ENSU, would afford a more integrated evaluation of the police, based on citizen perceptions.

7 Percentage of respondents who reported holding “some” or “a great deal of” trust in local police.

8 The ENSU’s most recent basic tabulations available for both local jurisdictions at this level of disaggregation.

9 The ENSU’s most recent available data, corresponding to 2Q 2019.

10 It will be necessary to undertake impact assessments to support causality between an intervention or an implemented strategy and observed change. Our analysis therefore does not establish a causal relationship.

13 Individuals who asked for help "in person, on the street" or "in person, at a response module," who ultimately had face-to-face contact with an agent.

14 Individuals who asked for help “by telephone (including 911),”  “on line,” “on social media (Facebook, Twitter),” “via e-mail,” “by cell phone SMS message,” “by radio,” or “other,” who ultimately had face-to-face contact with an agent. Does not include those who only had long-distance contact and no later face-to-face contact. 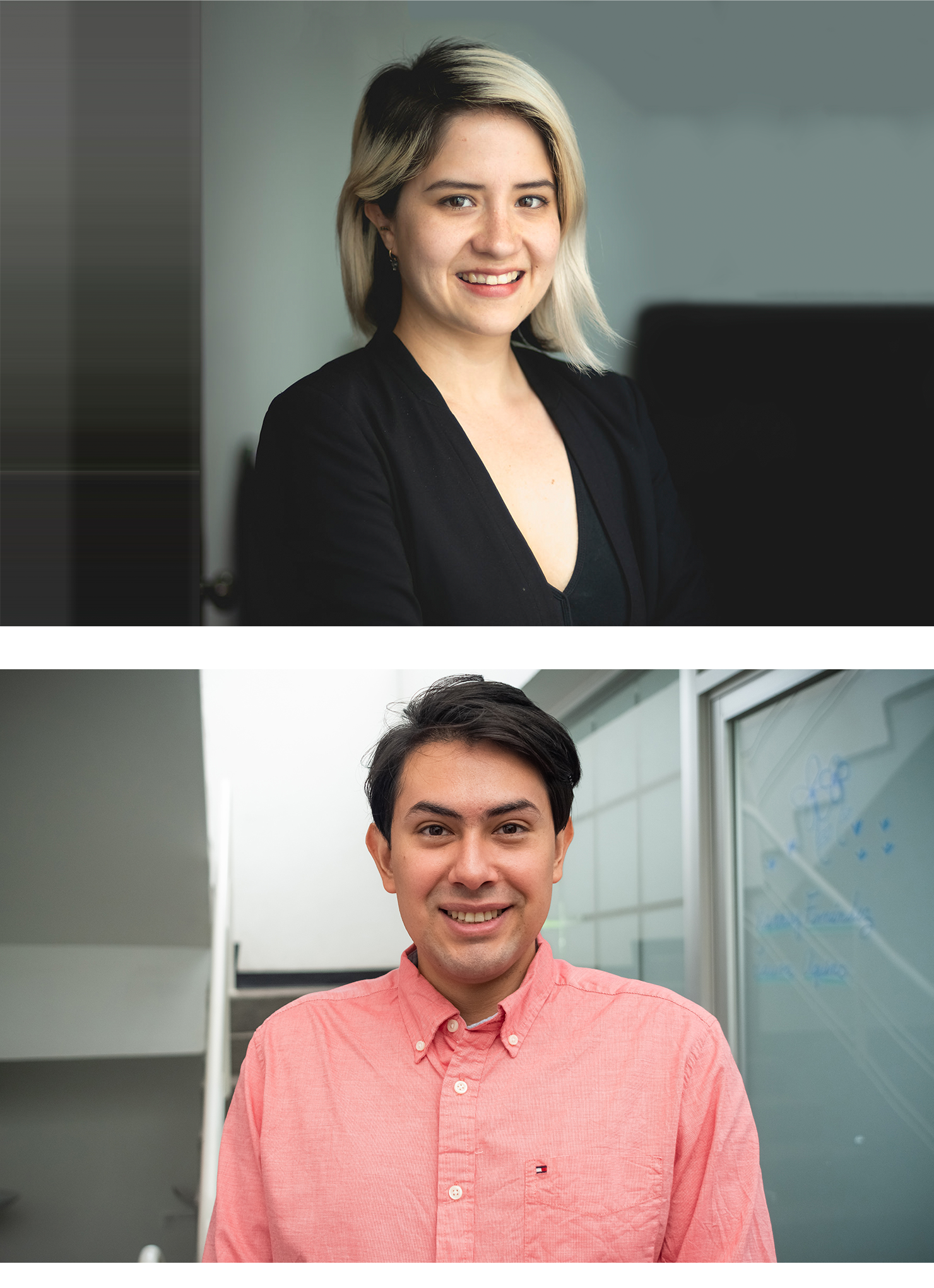 Lilian Chapa Koloffon is a Senior Researcher at the World Justice Project as well as a consultant to the Executive Secretariat at Mexico’s National Public-Safety System for National Police and Civic Justice Models.