“Effective rule of law helps reduce corruption, alleviate poverty, improve public health and education, and protect people from injustices and dangers large and small. Wherever we come from, the rule of law can always be strengthened.” - William H. Neukom, WJP President & CEO.

On March 5th, members of the rule of law community and global stakeholders convened in New York City for the public launch of the WJP Rule of Law Index 2014.

The Index relies on over 100,000 household and 2,400 expert surveys to measure how the rule of law is experienced in everyday life around the world. Adherence is assessed using 47 indicators organized around eight themes: constraints on government powers, absence of corruption, open government, fundamental rights, order and security, regulatory enforcement, civil justice, and criminal justice. More than 500 variables are computed to produce these indicators for every country.

The report also uncovered recent global trends, including a significant decline in criminal justice worldwide: 20 countries showed a significant decline in their score over last year, while none of the 99 countries in the Index demonstrated significant improvement. The indicator that improved the most was order and security: 25 countries showed a significant improvement. Split global trends were seen with an overall decline shown in constraints on government, fundamental rights, and civil justice; overall improvement was seen in absence of corruption, open government, and regulatory enforcement.

WJP leadership were joined by three special guests representing different facets of the rule of law, and uniting around a common refrain. Remarks by Brackett B. Denniston III (General-Counsel, General Electric Company), Dr. Margret Sikwese (Chair of the Board, Citizens for Justice - Malawi), and Justice Richard Goldstone (Supreme Constitutional Court of South Africa, ret.) emphasized the importance of multidisciplinary perspectives on implementation of the rule of law at both the national and international level, in the social sphere as well as in business. 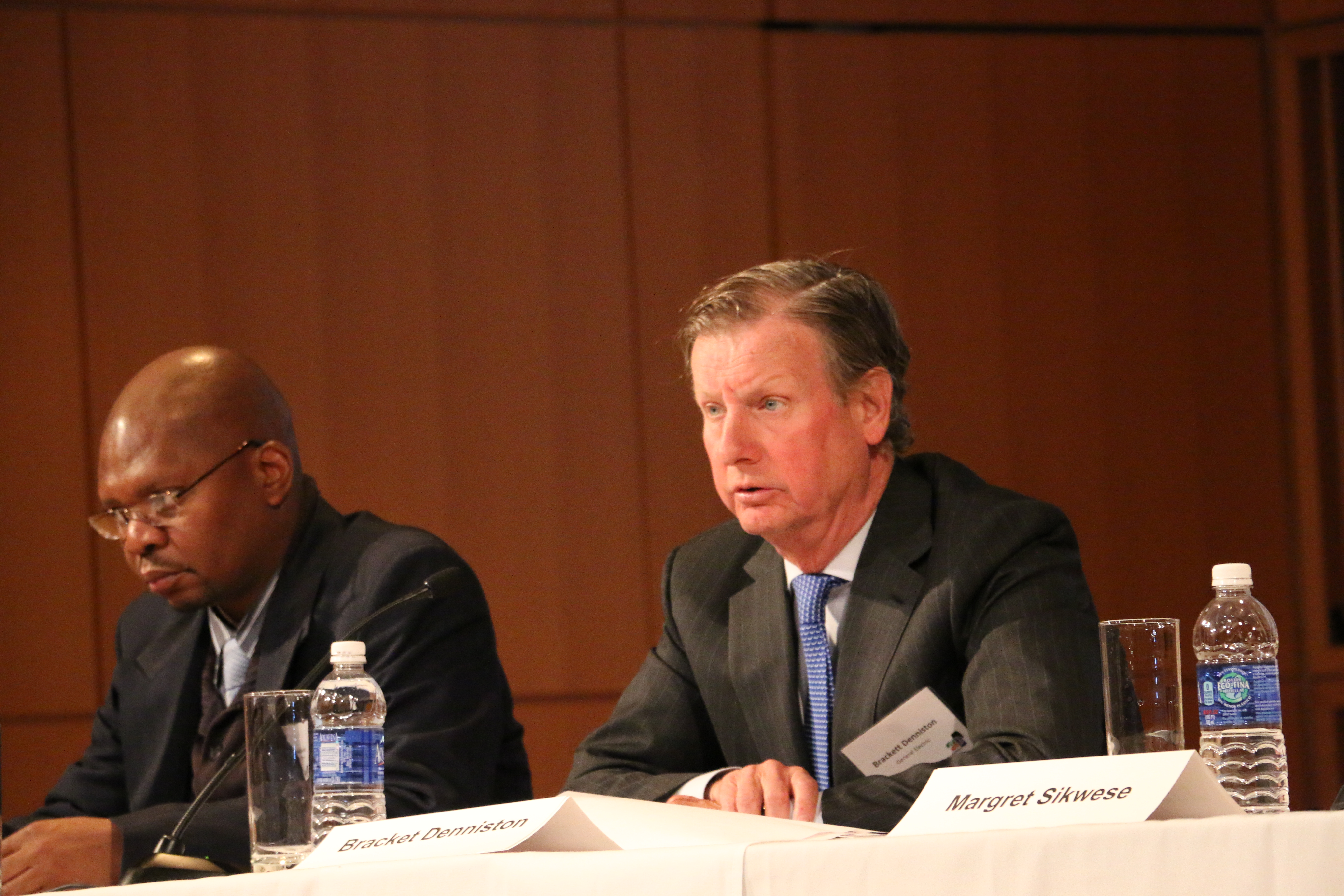 "General Electric does business in 150 countries. How they apply the rule of law matters." - Brackett B. Denniston, General-Counsel and VP, General Electric

The Index is the most comprehensive index of its kind and the only to rely solely on primary data. The 2014 Index includes key global findings as well as an analysis of regional strengths, rule of law challenges, best and worst performers, and trends to watch. This is the fourth report in an annual series. New data and features include:

- Global and regional key findings as well as an analysis of significant changes in rule of law performance over the past year.

- The addition of Afghanistan and Myanmar.

- New data visualization of the Index scores and rankings in print and in an online, interactive application.

A copy of the full WJP Rule of Law Index 2014, including individual country profiles for the 99 countries surveyed, can be downloaded at: worldjusticeproject.org/rule-of-law-index.