A Post-U.S. Midterms Reflection: Perceptions of Elections Around the World

The 2018 midterm elections in the U.S. have come and gone. As the think pieces roll in on the who, where, and why of voter turnout and civic participation, it’s worth reflecting on perceptions of free and fair elections. In America and countries around the world, faith—or lack of faith—in a clean election process is an important contributor to the rule of law. 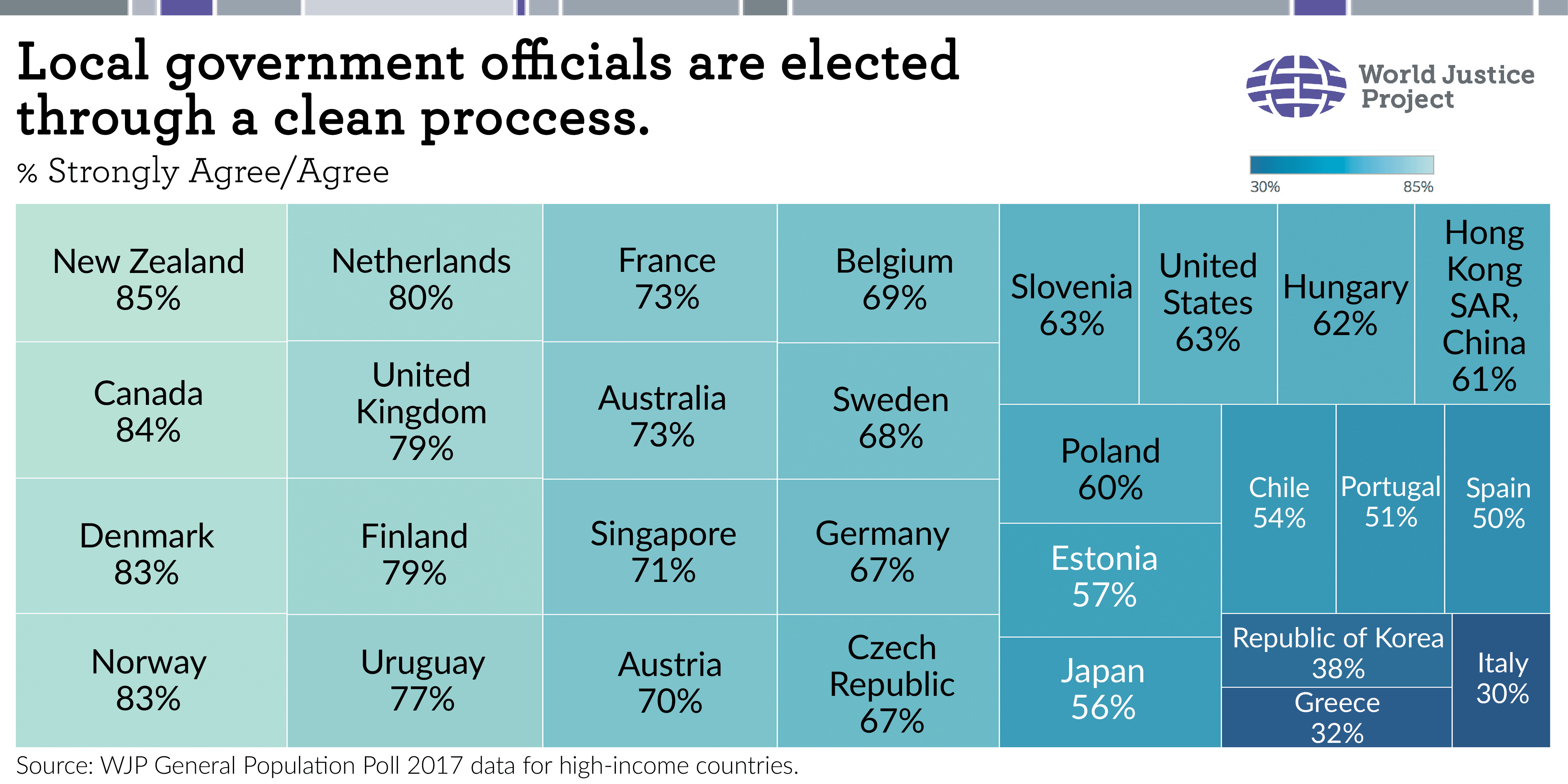 WJP's 2017 General Population Poll (GPP) survey data reveals that, among high-income countries, New Zealanders are most likely to agree that local government officials are elected through a clean process, while Italian respondents are most likely to disagree. 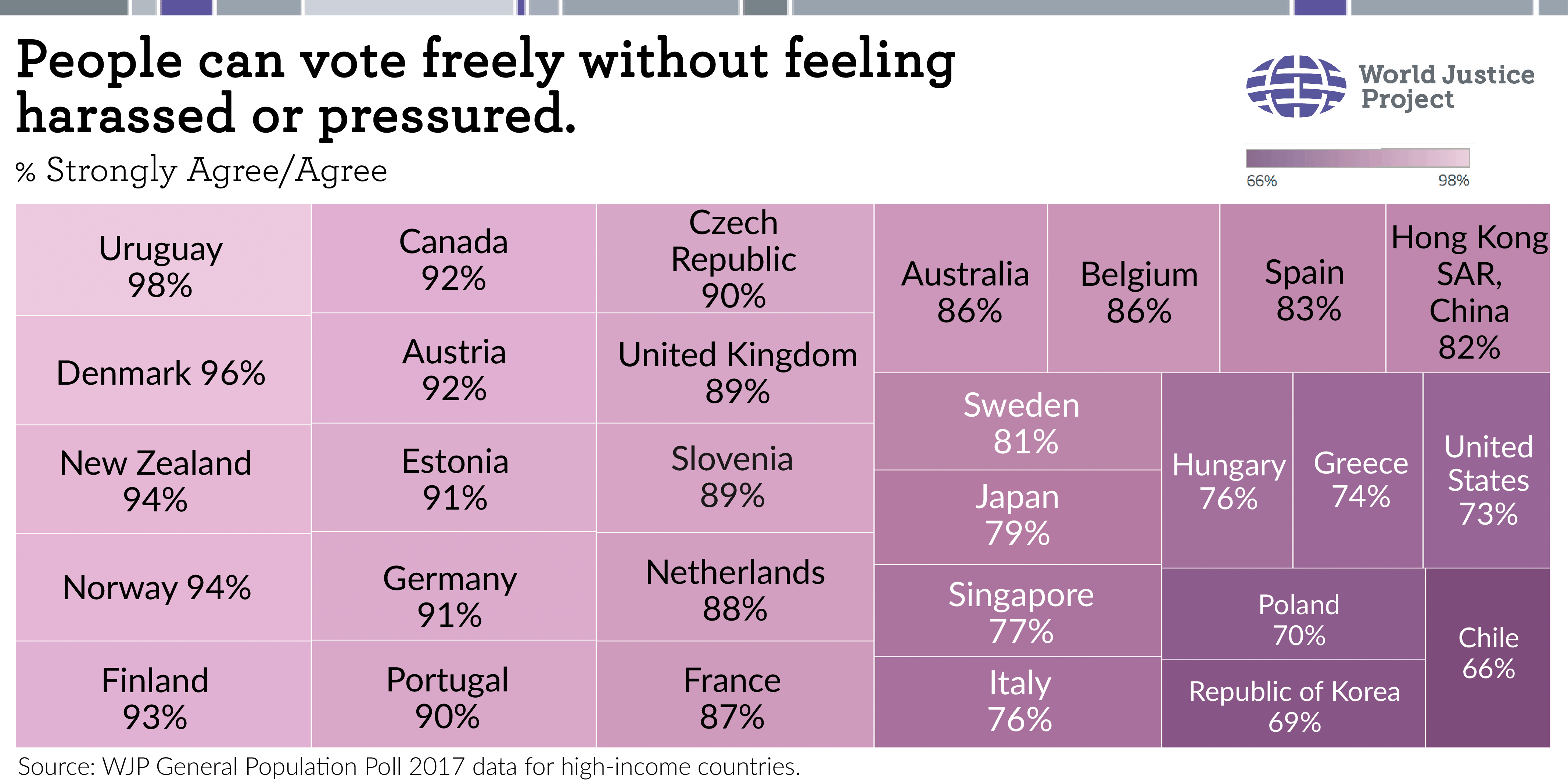 Looking at regional peers, in Uruguay, 98% agreed that people can vote freely without feeling harassed or pressured, while only 66% in Chile agreed.

Want to take a closer look at the data? Download the complete data set for these select WJP General Population Poll 2017 questions and answers from high-income countries below.

Dozens of recent books chronicle rising authoritarianism and question whether democracies can survive. What do these trends mean for international law and practice? Professor Tom Ginsburg joins us to discuss implications in contemporary policy contexts, including management of the global COVID-19 pandemic.

On May 13, 2020, the International Institute for Democracy and Electoral Assistance (International IDEA) and the World Justice Project (WJP) co-hosted an online event discussing "The impact of COVID-19 on democracy and rule of law in Latin America."

The WJP Mexico States Rule of Law Index 2019-2020 report measures adherence to the rule of law in each of Mexico's 32 states.

Divorce is a basic exercise in access to justice. It is the primary recourse for women who are victims of domestic violence, child marriage, or financial subjugation at the hands of a spouse.