The Organized Bar Must Address Attacks on the Judiciary

It is a critical time for all citizens, and especially lawyers, to remain vigilant to protect the independence of the judiciary.

Because the judiciary is constrained from defending itself publicly and is limited in its ability to explain its role to the public, the organized bar must directly and forcefully address these attacks and defend the judiciary. Our constitutional democracy depends on the proper separation of powers, which of course includes an independent judiciary.

In the words of the American College of Trial Lawyers, “while our courts must be accountable, the College believes they should be accountable to the Constitution and the rule of law [rather] than to politicians and special interest groups.”

The privilege of practicing law carries with it the sacred obligation to protect the rule of law, one of the elements of which is an independent judiciary.

The World Justice Project uses a definition of the rule of law based on four universal principles derived from internationally accepted standards. Principle 4 provides that “justice is delivered in a timely manner by competent, ethical, and independent representatives and neutrals who are of sufficient number, have adequate resources and reflect the makeup of the communities they serve.”

On June 15, 2015, some 1,000 American lawyers and families trekked to Runnymede to celebrate the 800th anniversaryof Magna Carta, and to rededicate the ABA monument on the site where the barons secured the seal of King John on Magna Carta. At that site was born the foundation of the rule of law and the principle that no person, not even the king or the sovereign, is above the law. Most are familiar with Magna Carta’s chapter 39, which gave rise to the right to due process of law and the right to trial by jury of one’s peers.

There is a critical and scarcely known chapter of Magna Carta, Chapter 17, which provides: “Common Pleas shall not follow our court but are to held in some fixed place.”

This chapter led to the creation of the court of common pleas as opposed to the king’s court, which followed the king around the country. Separation from the king’s court made it clear that judges were to operate independently of the king. This led to the development of the concept of judicial independence.

Alexander Hamilton, a man of some modern popularity, placed judicial independence at the top of his list of reasons to take up arms in the American Revolution. He wrote extensively of its importance in the Federalist Papers.

U.S. Supreme Court Justice Ruth Bader Ginsburg has noted that an independent judiciary is essential to the rule of law and has stated that judicial independence “can be shattered if the society law exists to serve does not take care to assure its preservation.”

Justice Sandra Day O’Connor, in her straightforward way, has stated that a “crisis of confidence in the judiciary is real and growing.” She has lamented that elected judges in many states are compelled to solicit money. She has noted that three out of four Americans believe that campaign contributions affect courtroom decisions, and that many judicial elections have become, in her words, “political prizefights where partisans and special interests seek to install judges who will answer to them instead of the law and the Constitution.”

These statements of Justices Ginsburg, Kennedy, and O’Connor were all made some years ago, well before the current controversies. But they are especially relevant and important today.

On April 29, 2015, Chief Justice Roberts, writing for the Supreme Court in Williams-Yulee v. The Florida Bar, upheld the Florida Bar’s ban on personal solicitation of campaign funds by candidates for judgeships. Chief Justice Roberts wrote: Judges, charged with exercising strict neutrality and independence, cannot supplicate campaign donors without diminishing public confidence in judicial integrity. This principle dates back at least eight centuries to Magna Carta, which proclaimed, “To no one will we sell, to no one will we refuse or delay, right or justice.”

With this citation to clause 40 of Magna Carta, Chief Justice Roberts acknowledged how fundamental it is that the public have confidence in judicial integrity, and that judges be independent to follow the law.

The politicization of the confirmation process further causes people to lose confidence in the independence of the judiciary and further erodes confidence in our most basic institutions of government. It leads people to assume that judges rule in adherence to a political ideology. Moreover, as we have seen recently in Wisconsin and in Kansas, the surge of money to support judicial candidates or to seek to remove judges undermines the public’s confidence in the fairness of our courts.

Our system is not always perfect in application. It does indeed falter. But as Supreme Court Associate Justice Lewis Powell said in 1965, while he was serving as ABA president: “In the final analysis, the only viable alternative to the rule of force is the rule of law.” It is incumbent upon all of us—it is our burden and our privilege—to ensure that our government and our citizens remain true to the Constitution and to the rule of law. And as noted, by definition, the rule of law requires an independent judiciary.

This op-ed appeared previously in the ABA Journal 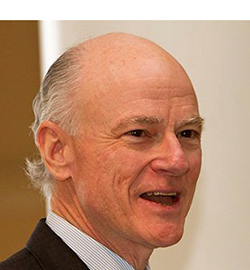 For Workers, COVID-19 Has Worsened a Shaky Rule of Law Environment

For workers everywhere, the rule of law provides an important foundation for opportunity and well-being. In recognition of May Day, WJP Chief Engagement Officer Ted Piccone takes a look at the state of the rule of law and labor rights worldwide.

On March 14, the WJP convened a World Justice Challenge Finalists Regional Showcase for Europe, North America, and Central Asia, featuring an assessment of the efforts underway in the region to "build back better" from the challenges posed by COVID-19. The following provides a summary of key takeaways and insights from finalist projects shared at the event.

The Escazú Agreement is groundbreaking for the region and the world, but the hard work performed by governments and civil society to draft and adopt it will only bear fruit through implementation. Data on the extent to which environmental law is put into practice will be key for helping policymakers, researchers, and advocates monitor progress and address implementation gaps.

COVID-19 in Asia and the Pacific: Solutions to Rule of Law Challenges

On April 6, the WJP convened a World Justice Challenge Finalists Regional Showcase for Asia and the Pacific, featuring an assessment of the efforts underway in the region to "build back better" from the challenges posed by COVID-19. The following provides a summary of key takeaways and insights from finalist projects shared at the event.