The Justice Rising Blog aims to highlight grassroots organizations who are striving to advance the rule of law. If you would like to highlight your organization, send us an email at [email protected]!

Project's Mission: FLAC Indonesia aims to create future generations of children with integrity and strong character, who are free of corruption. FLAC Indonesia has anti-corrruption education programs for elementary school students, which utilize joyful teaching methods, such as storytelling, playing, and singing.

FLAC Indonesia: Laskar Anti Korupsi begins with singing 'Rasa Sayange', a song where lyrics are inserted with anti-corruption values and changed to become more playful. The accompanying beating rhythms boost the children's enthusiasm.  No pair of eyes can glance at anything else when several hand puppets are acting out interesting stories. At that time, all children's minds are under the magic spell of the story. Like a geyser bursting from the ground, the room is suddenly flocked with interesting ideas from the children when asked to give comments, answers, or suggestions. They raise their hands as if they are racing, aiming for the highest position. It is indeed joyful!

What is FLAC Indonesia's motivation and justification for creating the Anticorruption Troops Program? 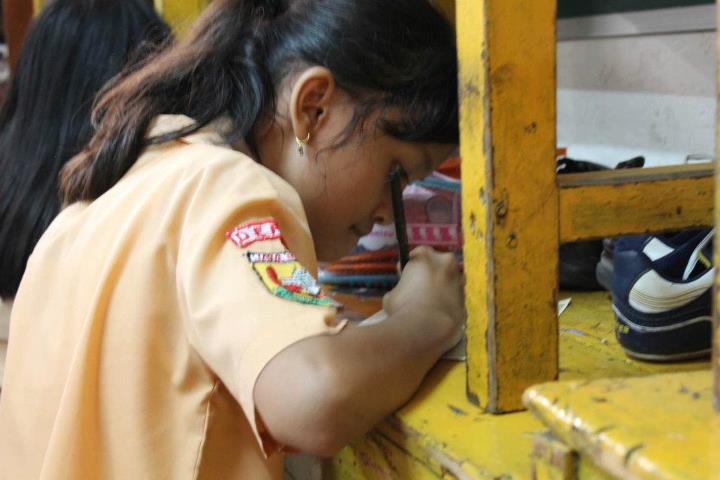 FLAC Indonesia: The failure to eradicate corruption is caused by the lack of character development for the young generation. Meanwhile, they are the foundation of Indonedia's future, who will allow Indonesia to fulfill the promises of its sovereignty. In a country where corruption is pervasive and the law inconsistant, it imperative that the young generation is taught anti-corruption values. They are at a significant stage in their lives when their capacity to frame their own character and ideologies is fully developing. FLAC Indonesia believes that the fight against corruption tendencies have to be intercepted at the earliest stage possible. That was the idea behind starting Laskar Anti Korupsi (Anti-corruption Troops) for elementary school students, that corruption tendencies start from simple things that children do, such as cheating and lying. The main objective of this program is to identify those tendencies and instill in these children anti-corruption values. We hope to create a new generation of young Indonesians who will be custodians of integrity and anticorruption values at school, in their homes, and at their work places.

FLAC Indonesia: We do this by creating simple methods of teaching that children can understand. We familiarize ourselves with their daily practices and interactions and participate in all their activities. The main method of teaching in the Laskar Anti Korupsi program is story telling that incorporates singing, playing, dancing, and yelling. All children's activities in the programs are embbed with anti-corruption values of: honesty, independency, care, simplicity, responsibility, etc .

Besides storytelling and sharing, are there other means through which these children are encouraged to participate in ongoing anti-corruption campaigns around the country? 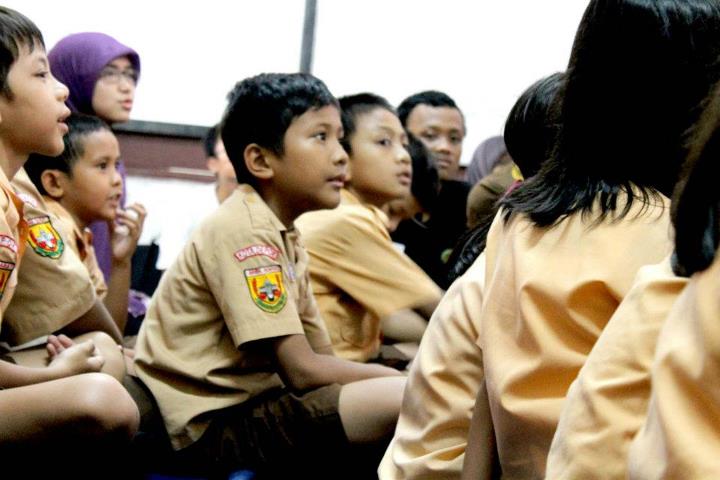 FLAC Indonesia: In addition to the story telling sessions, each child in the program is requested to write a hope letter to the president, appealing to him to use his executive power to eradicate corruption in our country. Each child is encouraged to be open in their letter to the president about their sentiments on corruption in Indonesia. Children are given snacks and souvenirs from KPK as a form of encouragement.

Does FLAC Indonesia plan on expanding its program or its reach outside of the 10 provinces it's currently working in? How does the organization envision this expansion? What is the projected impact  of Laskar Anti Korupsi on corruption in Indonesia?

FLAC Indonesia: We would like to expand the Laskar Anti Korupsi program in other regions in Indonesia. In 2013, we want spread to inland areas in Pandeglang, Banten Provinces, Riau Provinces, and even to the world with storytelling podcast videos. Since there is a lot of positive response from elementary students who have not had the chance to attend this program, we are planning to hold Indonesia Anti-Corruption Children Festival, with participants from Laskar Anti Korupsi. To achieve that, we plan on holding an open recruitment volunteer program for youth who will host Laskar Anti Korupsi in regions across Indonesia. If we put together the number of young people who are dedicated to this program as story tellers or supporters, then there is no doubt that in 2045, Indonesia will be free from corruption.

What lessons did you learn from this project? What recommendations can you offer to other individuals/organizations seeking to address this problem in your country/region and elsewhere?

FLAC Indonesia: The implementation of our project has showed us what great of an impact FLAC Indonesia could have on our young people. The kids in our program now take corruption seriously and have come to realize that it is partly their responsibility to eradicate corruption in our country. We encourage youth who are already active in this endeavor to find their like-minded and passionate fellows and strategize together on how to combat corruption. Because corruption is systematic in Indonesia, it is necessary for any individual or organization trying to combat the issue to have a clear mission, vision, and goals. Such individuals or organizations would need long term visions and strategies towards achieving their goals. 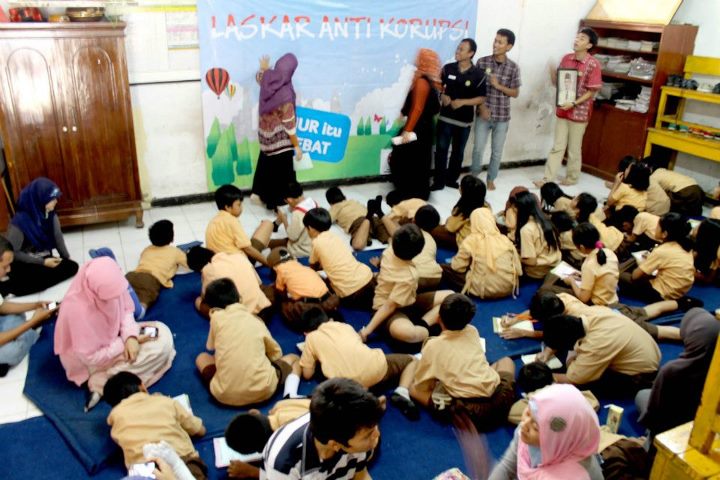 FLAC Indonesia: We face coordination problems; our geographical location makes it difficult for us to broaden our outreach and expand our networks. The organization will need to create more robust strategies that will allow it to better and effectively garner institutional and financial support from the government and international NGOs. We hope to use the Opportunity Fund grant to expand our project to more than 20 provinces in Indonesia. Any grants received will support the development of the Indonesia Children's Anti-Corruption Festival in December 9, 2013.