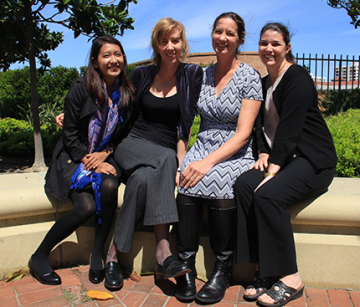 A team of journalists from the Associated Press—Margie Mason, Robin McDowell, Martha Mendoza, and Esther Htusan—earned the win for their work reporting on corruption and human rights abuses in the Southeast Asia fishing industry. Due to their efforts, more than 2,000 modern-day slaves have been freed, perpetrators have been jailed, and companies and governments have introduced new policies, practices, and laws.

“We are honored by this award, but all the recognition today goes to the enslaved fishermen who risked their lives to tell us their stories,” said the team in a group statement. “We hope this award can underscore how a breakdown in the rule of law can lead to gross labor abuses and impunity for those who make millions harvesting seafood from the ocean.”

The WJP Anthony Lewis Prize for Exceptional Rule of Law Journalism, including a $10,000 award to the winner, was created to acknowledge journalists from around the world who have contributed to increased awareness and understanding of the foundational importance of the rule of law.

“The team’s reporting in the series Seafood from Slaves has illuminated not only the tragic consequences of a breakdown in the rule of law, but also the possibility of making a difference through rigorous, thorough, and courageous reporting and advocacy,” said William H. Neukom, founder and CEO of the World Justice Project.

The award was named in honor of Anthony Lewis (1927 – 2013), a friend and inspiration to the World Justice Project, who was a Pulitzer Prithze-winning author and journalist credited with transforming legal journalism in the United States. Lewis’ reporting on the establishment of the Constitutional Court in post-apartheid South Africa helped inspire e creation of the World Justice Project. He was also an active participant at WJP's first regional meeting in 2007.

From the series Seafood from Slaves: 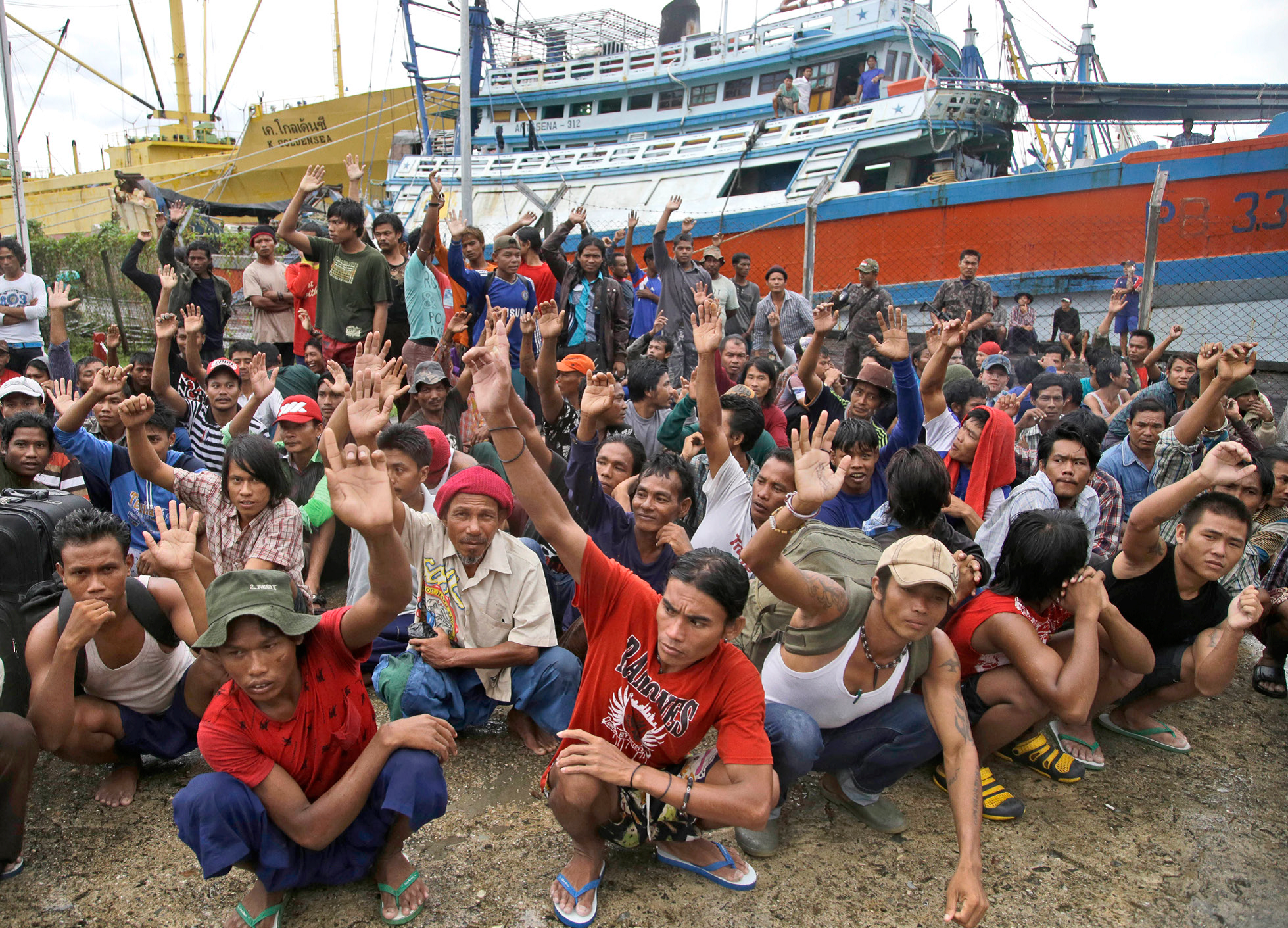 Migrant fishermen raise their hands as they are asked who among them want to go home at the compound of Pusaka Benjina Resources fishing company in Benjina, Aru Islands, Indonesia. (AP Photo/Dita Alangkara) 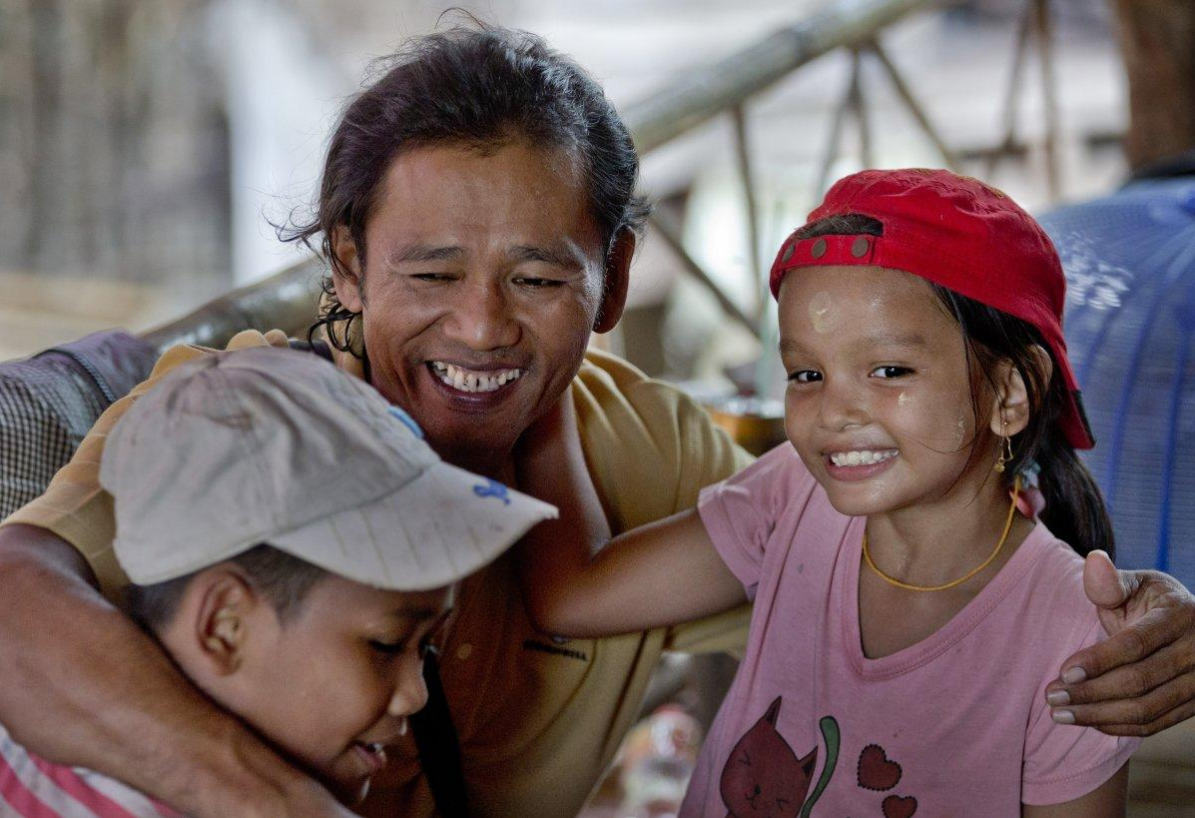 In this May 16, 2015 photo, former slave fisherman Myint Naing, center, hugs his niece Kyi Wai Hnin, right, and nephew Kyaw Min Tun following his return to his village in Mon State, Myanmar. Myint, 40, is among hundreds of former slave fishermen who returned to Myanmar following an Associated Press investigation into the use of forced labor in Southeast Asia's seafood industry. (AP Photo/Gemunu Amarasinghe)

About the World Justice Project

The World Justice Project® (WJP) is an independent, multidisciplinary organization working to advance the rule of law worldwide. Effective rule of law is the foundation for communities of peace, equity, and opportunity—underpinning development, accountable government, and respect for fundamental rights. Through Research and Scholarship, the WJP Rule of Law Index®, and Engagement, our work engages citizens and leaders to increase public awareness about the rule of law, stimulate policy reforms, and develop practical, on-the-ground programs.

Top photo:  Associated Press reporters Esther Htusan, Robin McDowell, Margie Mason and Martha Mendoza, the team of journalists whose stories on seafood from slaves have led to the release of more than 2,000 slaves, gathered in Los Angeles on Friday, April 15, 2016. The Associated Press found a slave island and tracked seafood caught by fishermen who were captives of Thailand’s seafood industry, in some cases for decades, whipped with stingray tails if they asked for rest, risking murder by captains if they failed to please. (Photo: Thomas Mendoza)

COVID Set Justice Back. How Do We Leap Forward?

The most recent WJP Rule of Law Index found that the pandemic has exacerbated rising authoritarianism, eroded respect for fundamental rights, and fueled justice delays around the world.  At the upcoming World Justice Forum (May 30–June 3), advocates and experts from civil society, government, and the private sector will convene to plot a constructive path forward.  How can we reinvigorate momentum to reach Sustainable Development Goals by 2030 and ensure dignity and justice for all?

Join us in The Hague for Justice Week!

The city of The Hague in the Netherlands is home to more than 200 international organizations, including the International Court of Justice. This makes it the ideal setting for the World Justice Forum, the premier international event for advancing rule of law around the globe. The World Justice Forum runs from May 30-June 2, but your experience doesn’t have to start or end there, as it is the anchor event for The Hague Justice Week 2022 running throughout the city.

The United States is facing significant and growing rule of law challenges. Diverse datasets capturing various dimensions of the rule of law reflect mounting concerns about democratic accountability, trust in electoral processes, contested rights of free expression and assembly, and systemic inequities in the U.S. justice system, among other issues, These trends raise questions about the quality of governance in the United States and, given the leadership role of the United States globally, they have implications for respect for the rule of law around the world as well. New data and related advanced analytical and machine learning methodologies hold great promise for improving understanding of these current U.S. rule of law trends and identifying reform needs and opportunities. As part of a new multi-year initiative focused on rule of law in the United States, the World Justice Project (WJP), together with the Wright Center for the Study of Computation and Justice Communities at Dartmouth College and Bright Line Watch, plans a two-day workshop for discussion of works-in-progress generating data insights on contemporary U.S. rule of law issues. The workshop will take place November 11-13, 2022, at Dartmouth College in Hanover, NH. Travel stipends will be available to support participation by those selected to present papers at the workshop.

Russia, Ukraine and the Dangers of Authoritarian International Law

Vladimir Putin’s claims of genocide in Ukraine were more than a fictional basis to rally domestic support for an invasion, according to University of Chicago Professor Tom Ginsburg. They were an example of a growing trend Ginsburg has termed “authoritarian international law.”  We spoke with Ginsburg, the co-chair of the World Justice Project’s research consortium and the author of the 2021 book Democracies and International Law