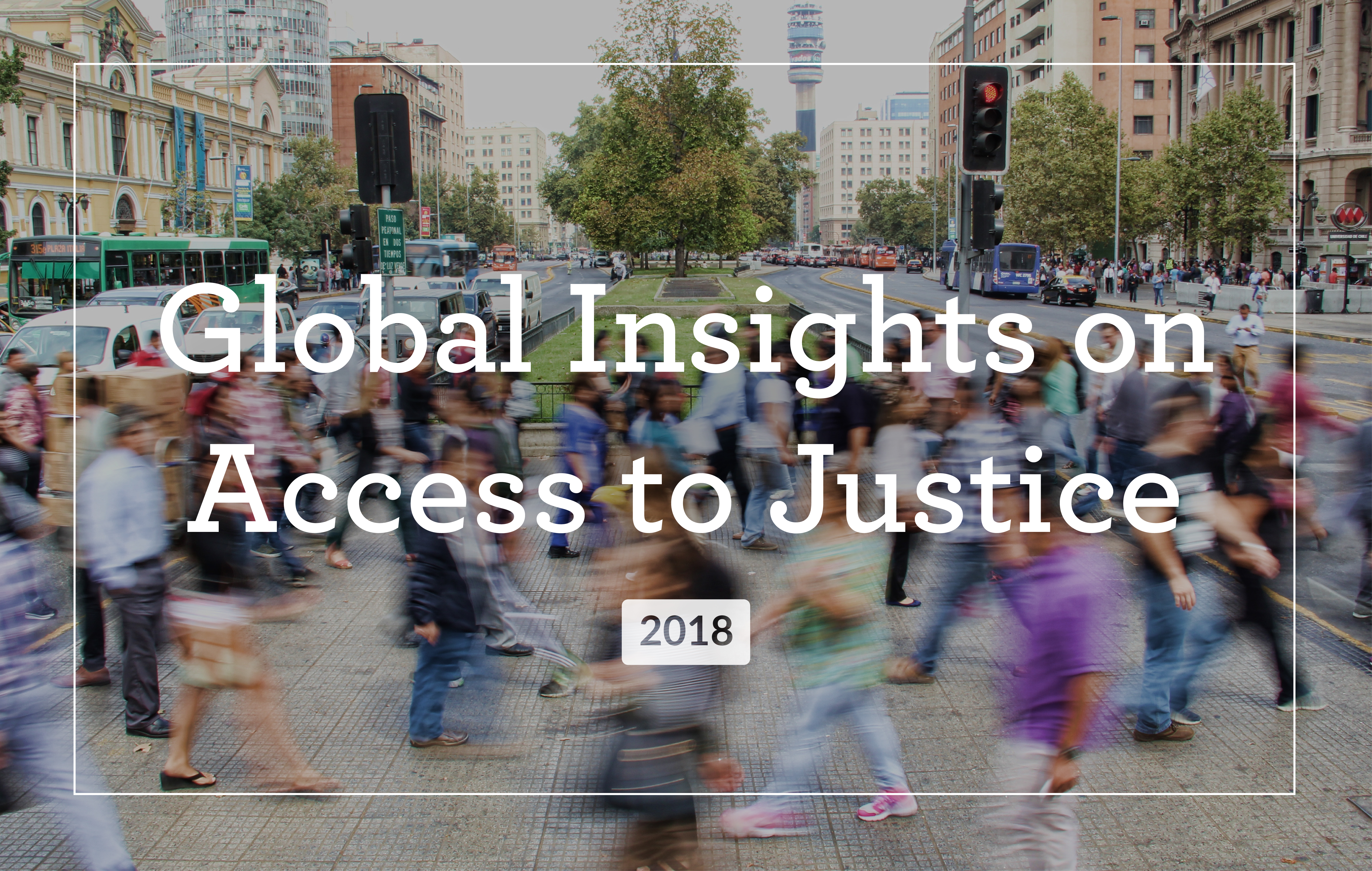 Drawing on data collected from public survey polls on how people around the world interact with their countries’ legal systems, Global Insights on Access to Justice is the first-ever effort to capture comparable data on legal needs and public access to civil justice on a global scale. Find the full report here.

Featuring the experiences of more than 46,000 people in 45 countries, the report highlights the mostly commonly experienced legal conflicts in each country, respondents’ ability to successfully address legal problems and assistance if needed, their satisfaction with the conflict resolution process, and more.

The data presented in this report are drawn from the dispute resolution module of the WJP’s General Population Poll (GPP). This year, the module was administered in 45 countries and jurisdictions during the fall of 2017 using a probability sample of 1,000 respondents in the three largest cities of each country. The data is displayed in profiles that show the individual results for each of the countries where the study was administered. These profiles include information on the following: the results on the type of legal problems experienced; the occurrence of violence as a result of the conflict; whether or not respondents chose to take action or seek help to manage a conflict; if the problem has been resolved or not; and if hardships that resulted for the respondents during the course of managing the issue.

The results demonstrated that people in all countries experience legal problems, regardless of their socio-economic status and gender. What’s more, many people’s approach to resolving their legal issues does not involve lawyers and courts, with most respondents surveyed preferring to seek help from a family member or friend or to work out the problem directly with the other party. The study also revealed that, across countries, many people’s legal problems remain unresolved, either because they could not fully settle the issue or because they ultimately give up or move away. Nearly half of those surveyed (47%) reporting that their legal problem led to a stress-related illness, loss of employment, or the need to relocate.