Good afternoon. It's a great pleasure and honor for me to be standing here in front of you in the city whose name is closely associated with the justice. It's important to tell the story of the Afghanistan National Institute of Music, a music school called the happiest place in Afghanistan. A music school, which has been called also a beacon of hope for the country.

A music school, which in the past 12 years have been in the forefront of democratic values in Afghanistan. A music school, which has been transforming the life of disadvantaged children of the country, promoting gender equality in Afghanistan through music, empowering the girls and women of Afghanistan through music and music education, building bridges, not only between diverse, ethnic group of Afghanistan by facilitating music-making between children and youth of different ethnic communities, where, or through music-making, they’ll be learning also to respect each other's differences, get engaged in dialogue and live in peace and harmony.

We've been making music and sharing the beauty of Afghan music with the rest of the world. But unfortunately, the unimaginable happened back in 15th of August when the Taliban returned to Afghanistan.

A place which has been called the happiest place in Afghanistan today is a base for the al-Qaeda group, a place which was full of music and happiness and joy today is under the heat of the Taliban.

The practice rooms are empty. There's no sound of music any longer. From the day that the Taliban returned, they make every day the effort to silence this nation once again. And today that I'm talking to you, Afghanistan is a silent nation. Afghan children and youth are deprived of their music and musical rights.

Musicians of Afghanistan do not have any longer in their disposals. All the vet, all the venues at means to share their music to the rest of the community.

Today, have a very group of young musicians with a small ensemble of the Afghanistan National Institute of Music called Tarano. This group of musicians share with you the beauty of Afghan music. I'm confident that for some of you, maybe this is first time that you will hearing Afghan music and listening to Afghan instruments, maybe even seeing Afghan instruments for some of you, maybe the first time, but I call on you to make sure that this is not the last time that you see this group and that you listen to Afghan music.

And please meet the group of Tarano, made of four young, brave musicians: 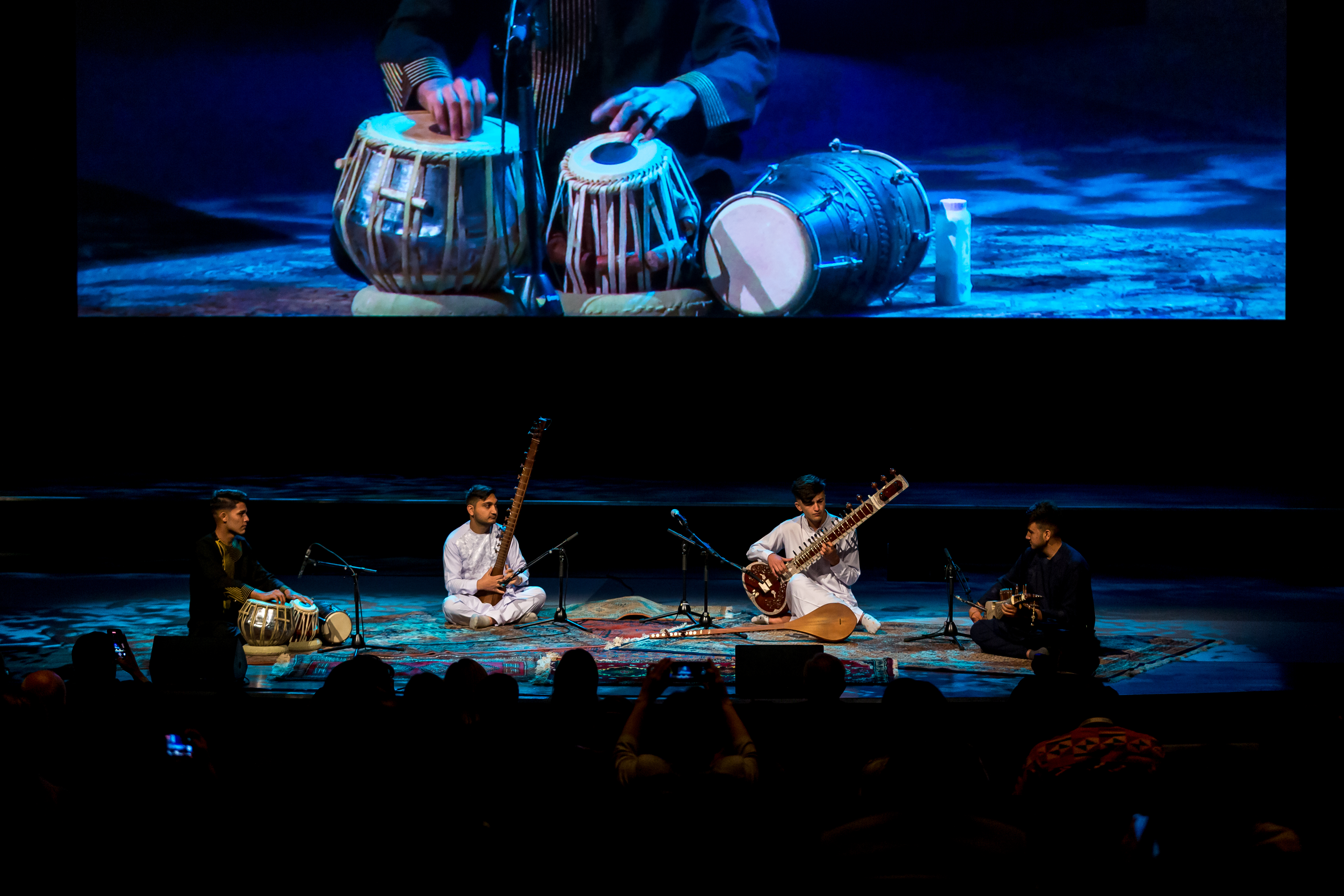 Iqbal Asify, a tanbur player—is another traditional instrument of Afghanistan, which is in danger of becoming obsolete in my country.

Fawad Murad is a sitar player. Sitar is a musical instrument shared by the people of South Asia, an instrument, which is the result of a marriage of Tanbur and Vena of India.

And Fayaz Mohammadi is a tabla player from Afghanistan, playing again on instruments commonly used in south Asia. I hope you enjoy this evening and the beauty of Afghan music. Thank you very much.