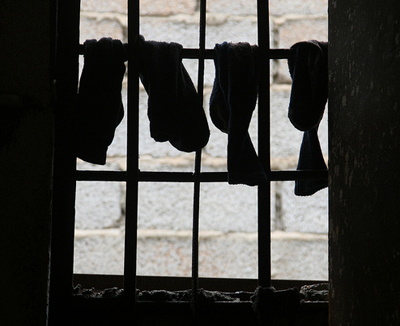 Although some Middle Eastern and North African (MENA) regional prisons like “Roumieh” or “Wadi el- Natroun” have become famous after riots in Lebanon and the uprising in Egypt, we know very little about what is really happening inside of them.

With occupation totals exceeding 150% of available space (1), countries from the region host some of the most crowded prisons in the world. Internally, most of the prisons do not comply with international human rights laws or international standards for treatment of prisoners and detainees.  Despite some initiatives launched across the region, such as “The Royal Initiative on Prisons” in Morocco, the “Prisons Humanization Policy” in Algeria or support programs for prisoners in Lebanon, among others, violations vary from degrading living conditions; cruel inhuman treatment; and torture, which sometimes result in death and unlawful killing. Incarceration in the MENA region is practically not only a loss of freedom and liberty, but also a deprivation of basic human rights, dignity and human treatment.

“To them, I am already dead”

Living conditions in those prisons are generally very deplorable; wards are usually over-crowded, and badly ventilated. Beds, blankets, towels and clothes are inadequate. Poor sanitation, water supply, showers, and general hygiene are sub-par, and the food is also poor in both quantity and quality. The daily struggle of an inmate under these living conditions is tough and degrading to human dignity. In almost all the MENA countries, there are legal texts providing for special diets for prisoners diagnosed with diabetes, heart disease, atherosclerosis, hypertension, and renal failure. However, in practice, the laws are far from being enforced or respected.

Violence is also widespread in prisons. For example, torture is practiced on a systematic basis in Egypt. The United Nations Committee Against Torture (2) has emphasized that fact, in addition to many international and national human rights organizations that have documented numerous cases of torture and death in prisons settings. In Yemen, bartering sex for food, clothes, and goods, or even for gaining protection, is also common. Generally, prison administrators do not interfere to protect vulnerable prisoners from this violence.

Moreover, data about prisons and prisoners is lacking. In Egypt, for instance, the number of prisons officially declared as existing by the Ministry of Interior’s website is 25, spread over most governorates. International organizations and Egyptian experts estimate that the real number of prisons is 44. In some cases, a prison’s existence is discovered by chance. For example, activists in Human Rights Center for Assistance of Prisoners documented a case where they knew about the presence of a prison only when a convict’s family came to the Center seeking help.

Access to emergency medical care is also quite challenging inside prisons, particularly if an incident takes place at night. Prisoners must call wardens and officials from behind their cell doors. Slow reactions have often resulted in inmate deaths. Prisoners suffering from chronic diseases like diabetes or arterial high pressure requiring regular medication comprise a specific challenge, as treatment shortages are regularly recorded in prison settings. Services and facilities tailored to women’s health needs are often unavailable. Although they are much needed, psychologists or sociologists are often unavailable in prisons. Moreover, except in Iran and a pilot project in Morocco, substitution therapy facilitating drug users' withdrawal by Methadone is prohibited in prisons. Former prisoners have reported having mentally ill inmates receiving no medical care, nor being transferred to a specialized hospital. On the contrary, they suffer ill-treatment by officers and inmates including harsh punishment for actions for which they might not be fully responsible.

A Daily “Abu Ghraib”  All Over the Region?

Economic issues and limited resources are often shown as main obstacles to the access of a forgotten population to fundamental rights in prisons located in troubled parts of the world.  In actuality, only few prisons per country have hospitals. Additionally, prison healthcare staff numbers are far below the number required to satisfy the needs of prisoners and are often inadequate to address the burden of illness among the inmates. However, in reality, such issues are not the main and most important obstacles facing inmate health.

First of all, in the context of prison health organizations marked by the primacy of security aspects on health and human rights issues, prison doctors and other health professionals are affiliated with the Ministry of justice or the Ministry of Interior rather than the Ministry of Health (4). Promotion of staff is strongly linked to seniority and to proper behavior, as reported by their superiors at work. Fear of punishment and harm to their professional ambitions outweigh staff concerns about prisoners’ dignity. This may explain some of the unethical and ineffective behavior without any public health justification, such as mandatory testing, breach of confidentiality, denial of access to activities and privileges or isolation when contagious diseases are not involved. "They forced me to sleep in the worst place, they were cursing me all the time, even a murderer, a prisoner who was convicted because he is a killer, considered himself, and everybody else in the ward, better than me just because I am sick", said one inmate. Even the use of some preventive commodities such as needles in order to prevent hepatitis contamination is often prohibited by internal prison rules.

Despite the fact that health laws and prisons regulations at country levels enshrine access to good quality health care services for all prisoners, health care quality assurance programs are not effective. Officials say that they have a health surveillance system, but it is often not applied. For example, prisoner medical records are not compiled automatically upon admission, and prisoners has to have a medical condition in order to prompt the creation of  a medical record This situation is one of many challenges to monitoring prisoner health, and to provide them with an effective and appropriate medical assistance.

Furthermore, there is a huge lack of coordination between prison health services and public health facilities outside and when some MENA countries require prisoners' referral to other health facilities in some cases beyond the capacity of the prison; they may be lost between the two.

On another hand, while laws can promote human rights values and provide with the necessary external oversight. They are also restrictive and reduce the access of Civil Society Organizations to prisons all over the targeted countries in the MENA region, except Lebanon.

In so many prisons there is a conspiracy of silence in regards to denying people their health rights. Prisoners, guilty to the public, are not able to claim their rights. Their families, ashamed by the situation, avoid publicly addressing their member’s burden while prisoners' health seems forgotten by government policies.

To overcome it, prison officials, public health managers,  and political and civil society organizations should work together all over the region to improve current policies and legal frameworks regulating prisoners’ health. No matter how challenging it can be in the region, building a strong partnership involving the government sector and civil society organizations in a collective approach could facilitate reform of the legal framework, the enforcement of health laws and, therefore, the strengthening prisoner access to health services.

Respect of prisoners’ full access to their rights is a relevant public policy issue and a good practice for promoting the achievement of both public health and human rights goals in the MENA region. It must not be limited beyond what is necessitated by the conditions of detention or incarceration.

Under the principle of equivalence articulated in the United Nations basic principles for the treatment of prisoners, people in custody are entitled to a standard of health care at least equivalent to that available in the outside community. The current situation in the MENA region marked by deep changes may represent a rare opportunity to move forward and pave the way for social justice

Figures and assertions referenced in this article are drawn from an upcoming report from Dr. Soufi's regional project on prison health.

Scander Soufi is a medical doctor and public health advocate who works to empower vulnerable populations and tackle public health issues, including HIV/AIDS. He serves as Coordinator at the Algerian Network Against AIDS, and has worked with the World Health Organization, United Nations, and multiple Middle East and North African regional organizations to improve health policy. Dr. Soufi has also raised awareness about public health issues through articles in several newspapers and magazines. He joins the World Justice Project as a Leaders for Democracy Fellow from the Maxwell School of Citizenship and Public Affairs at Syracuse University.