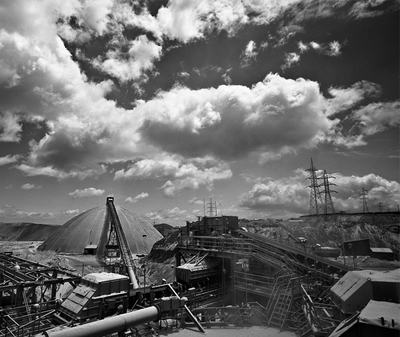 Chile has shown economic and political stability during the last twenty years, with high rates of economic growth, controlled inflation, low unemployment and global integration. At the international level, it has been seen as an “island of political and economic calm in a troubled region” and the most competitive country of South America (1). These considerations are supported by international institutions such as the World Economic Forum, which in 2011 indicated that Chile was the 33rd most competitive country in the world, with an average of 5.4% in the Monthly Economic Growth Index during 2012, and 4.1% in 2013 (2).

This progress has allowed Chile to be part of international organizations such as the OECD (3) which involves the active participation of Chile among the group of most influential countries in analyzing and proposing best practices in public policy (4).

Nevertheless, it is essential to further examine the issue of economic development. Is strong economic growth enough for an emerging country to be seen as a “developed nation” in comparison with the rest of South America? Does this provide real insight about if the country is developing effectively?

Even though the country’s economic performance is promising, its figures regarding socio-environmental issues are far from being assessed in the same way. According to the “Create Your Better Life Index” (5) released by the OECD, Chile is second among member countries for high air pollution and poor water quality. There are also modest results on life opportunities and wealth distribution, which is also reflected in Chile’s 0.52 Gini Coefficient. This coefficient is an international measure of income inequality within a country; where 0 indicates perfect equality, and 1 is maximum inequality. According to the last ECLAC report in 2011, the country has the highest income inequality among OCDE members, and the 8th least equal coefficient in South America.

It must be mentioned that Chile economically depends on extractive activities that require the exploitation of natural resources. Hence it is critical to include – within the whole reflection about the country’s development conditions - the implications of these activities both on society and the environment. The demand for raw materials to meet the needs of the productive sectors, particularly water and energy, have increased in an exponential fashion over the past few decades, bringing higher consequences for people depending on their geographical location, income, and sociocultural origin.

Thus, the concept of environmental justice seems critical to understand when analyzing how economic growth is affecting society and weakening the overall process of national development. According to the US Environmental Protection Agency, environmental justice refers to “the fair treatment and meaningful involvement of all people regardless of race, color, national origin, or income with respect to the development, implementation, and enforcement of environmental laws, regulations, and policies" (6). In this sense, it is related with three lines of understanding justice: distribution, recognition and participation (7).

Even if the new environmental institutional framework has improved in recent years, including the creation of a Superintendent of Environment and Environmental Courts in 2010, Chilean legislation is far from achieving the integration of the above three lines to reach a satisfactory level of environmental justice. The latter is reflected in the lack of citizen participation and in the unequal distribution of the consequences of environmental initiatives, such as energy or mining projects.

In regards to the Chilean energy industry, there is an absence of clear economic policy in the long term, leading to short term strategy where 90% of energy production is concentrated in three private companies (8), encouraging the investment in non-renewable energies because of their minor costs and fast reaction to “supposed” energy crises, rather than the development of clean energy sources. Although Chile has more than four 4,000 km of coastline to produce tidal energy, the most arid desert in the world for solar power, and over 300 geothermal areas identified throughout the country (9), just 0.2% of the country's electrical grid is based in renewable energies (not counting hydroelectricity) and it imports more than 60% of its energy need (10). Hence, more than 50% of the energy consumed in Chile comes from coal and petrol, and over 30% of the country's electrical grid is represented by hydroelectricity (11), which is considered as a renewable energy ignoring the significant socio-environmental damage of the dams, such as extensive flooding of pristine areas, disruption of rivers and displacement of communities.

On the other hand, mining activity contributes to 15% of the national GDP and generates 60% of the exportation of the country (12). However, there is a real need to measure the consequences of this industrial activity, such as the high levels of air pollution, spill of toxic waste on water resources, threatening health – even the life - of people, while violating the right to live in an environment free of contamination (13).

High associated costs and technical difficulty produced by the processes and imbalance of information between agents generates a lack of effective access to environmental justice. Particularly, the poorest communities are the most affected. They do not have easy access to consultative participation where the approval of projects carry social and environmental burdens and are being discriminated against in administrative procedures and marginalized in decision making that directly affects them.

The State should promote the creation and real application of proper policies to avoid major socio-environmental problems. It should prevent the unfair distribution of the harmful impacts of these projects, and encourage the appropriate participation of all people in the consultative process in every initiative that has direct or indirect impacts to citizen’s environment.

In summation, economic growth will remain necessary to lift people out of poverty. However, the current paradigm of development is not going in the right direction, as it does not include the social and environmental variables that indicate sustainable development. Since the problems mentioned above (among others) have not been resolved, we cannot say that Chile is progressing as a whole. So, does economic performance truly reflect an accurate picture of a country’s development?

3 Organization for Economic Co-operation and Development

Maria DÃ­az obtained her Economist Degree from the Universidad Diego Portales de Chile in 2006 and her Masters of Environment from Melbourne University, Australia. She has worked with NGO FIMA since March 2012 as the Administration and Resource Coordinator. FIMA is a leading public interest law office working in Chile as a non-governmental organization since 1998, with the mission of promoting the right to live in a pollution free environment. It works to influence the development of environmental policy and legislation, and to strengthen the ability of people to exercise their human right to a healthy environment through education, public participation and access to justice.