"I feel empty. I do not understand what I can do because the whole election process shows that law does not work in Belarus. Arrests for standing in line at the grocery store, arrests for waiting for a protocol at the polling station, arrests for coming to detention centers to get information about apprehended relatives, arrests for taking friends to emergency rooms. Arrests for everything."

"Nobody used or will use any repressions in violation of law. Follow the law and there will be no talks about repressions. Law and only law. If you violate the law, you will be held responsible."

– Alexander Lukashenko, in response to question from DW2

In personalistic autocracies, the rule of law, properly understood,3 rarely prevails. It is interpreted, amended, and bent in ways that benefit the incumbent ruler.4 For the past twenty-six years of its post-Soviet history, Belarus, controlled by Alexander Lukashenko, has seen many affronts to justice and the rule of law – from politically motivated murders5 to routine falsifications of voting protocols and figures.6 The Belarusian political crisis capturing the world's attention today is part of a larger story in which key dimensions of the rule of law may help us understand the drivers of change.

Since the World Justice Project (WJP) began measuring the rule of law in the country, Belarus has slipped in its global rankings, from 50th place out of 102 countries in 2015,7 to 68th place out of 128 countries in 2020.8 According to the most recent assessment, Belarus scores above both global and regional averages on such rule of law factors as the absence of corruption, order and security, and civil justice. On both global and regional scales, however, it ranks very low on such elements as constraints on government powers (118/128), open government (112/128), and fundamental rights (94/128).9 According to WJP's survey-based data, Belarus rates particularly poorly for respect for lawful transition of power, civic participation, freedom of expression, and respect for due process. Such entrenched rule of law deficits on accountable governance and human rights may have created the conditions for frustrated citizens to mobilize for more fundamental change, as seen in the streets of Minsk today.

Although Belarus has ratified and formally implemented most of the key universal human rights instruments,10 including the International Covenant on Civil and Political Rights, the human rights violations committed before, during, and after the presidential election this year are unprecedented in their scale. The right to life, the right to be free from torture, the right to vote, the freedom of peaceful assembly, and the right to a fair trial are under threat.

While the violations of domestic and international legal rules come as little surprise, this campaign is a historic example of Belarusians reclaiming their fundamental rights. The awakened civil society11 has questioned the lawfulness of Belarusian authorities’ conduct both through formal appeals and direct action. The situation, characterized as "the rule of no law,"12 has now culminated in street protests violently suppressed by the police, where at least two protesters were killed, hundreds injured, and thousands detained.13 Recently, professional communities in government-controlled spheres have begun striking in support of the demand for new elections.14

The rule of law red flags of the presidential race were raised at its very beginning. None of the three most popular independent challengers who initially intended to run was able to register as a candidate:

Arbitrary arrests were not only practiced in respect of alternative candidates themselves. Members of the challengers' initiative groups, political bloggers, as well as citizens, spontaneously organizing into "solidarity chains" following Babaryka's arrest, were promptly detained and jailed.26 The ultimate non-registration of Babaryka and Tsapkala catalyzed many Belarusians to submit formal complaints to the Central Election Commission. However, the kilometer-long line of people waiting to register their complaints with the Commission within the business hours was considered an "unsanctioned public gathering" by the police once the working day was over.27 When the complaints were summarily rejected, the teams of Tsikhanouskaya, Babaryko, and Tsepkalo joined forces,28 making Svyatlana Tsikhanouskaya the only independent candidate in the presidential race.

Many Belarusians seized available legal mechanism to get involved in the election process. Those who tried to become members of electoral vote-counting commissions were rejected on a massive scale.29 Independent observers were severely limited in their ability to meaningfully observe the process – they were asked to leave the rooms where the electoral commissions were sitting and observe from the outside. Attempts to submit complaints about any violations often resulted in threats to call the police and actual arrests.30 For the first time in the history of Belarusian presidential elections, observers from the OSCE Office for Democratic Institutions and Human Rights (ODIHR), which routinely monitors elections in all its member states, were not timely invited to participate.31 Voting ballots were reported to be intentionally invalidated.32

According to state authorities, early voting turnout exceeded a staggering 41.7% of eligible voting population – in contradiction with voters counted by independent observers.33 The official election results, announcing a landslide 80.1% victory of Alexander Lukashenko, are contradicted by audio recording of commissions being pressured to falsify the results,34 multiple pictures of voting protocols from various polling stations showing Tsikhanovskaya's victory,35 exit polls abroad (since in Belarus exit polls can only be conducted by a governmental institution),36 alternative digital vote-counting platforms,37 and white ribbons worn by Belarusians to symbolize a protest vote and assess the true numbers of opposition.38

Ample evidence of election fraud and falsification has led to street protests in Minsk. Peaceful protesters, as well as journalists,49 have been met with flash grenades, rubber bullets, and water cannons,40 and at least two deaths have been confirmed.41 The Internet has been shut down all across the country, making it almost impossible to share updates on protests other than through Telegram channels.42 Belarusian authorities, meanwhile, blamed both the organization of the protests and Internet outages on foreign influence.43

Graphic reports of harsh treatment of detainees reveal that individuals have been brutally beaten allegedly by special police teams and tortured in detention facilities.44 The conditions of detention are reported to be inhumane. Up to 60 people were held in cells meant for four, with no access to water, food, or hygiene essentials.45 The trials against the arrested protesters were held in detention facilities, with SWAT teams being the only witnesses of the alleged "wrongdoings" and "unauthorized public events."46 While Belarusian authorities were quick to open a criminal investigation into mass rioting and use of force against the police, no investigation of police brutality was initiated.47

The affronts to justice and the rule of law witnessed at all stages of the latest Belarusian presidential election must remain a high priority of the international community. Allowing them to go unnoticed threatens to foster a climate of impunity and to undermine the rule of law globally. When human rights to live, elect and be elected, peacefully assemble, and enjoy fair trial guarantees are violated, it is essential that international and local actors react, upholding the universal value of such rights. 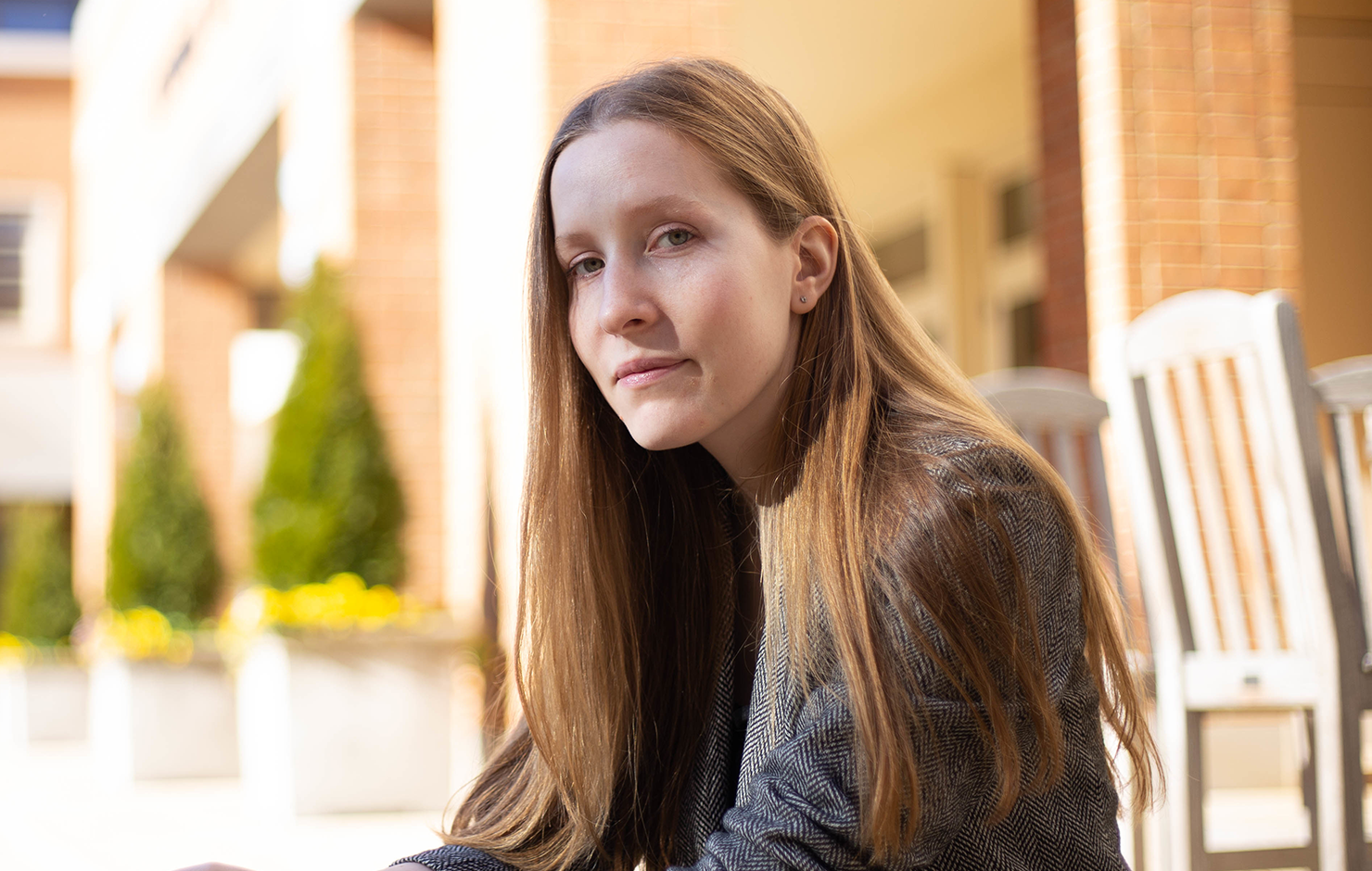 Tatsiana Ziniakova joined the World Justice Project in May 2020 as a grantee of Edmund S. Muskie Internship Program. A Fulbright scholar, she earned her LL.M. from Wake Forest University, School of Law and LL.B. from Belarusian State University, Faculty of International Relations. Her Master’s thesis addressed the notion of gender-based violence in international human rights law while her Bachelor’s thesis focused on state responsibility for cyber attacks.

She practiced international law and human rights in private, public, and academic spheres. As a Chief Specialist of the International Law Department of Belarusian Ministry of Justice, she oversaw processes associated with the conclusion of inter-agency and inter-state treaties, as well as the implementation of international humanitarian law. She also taught a European human rights law course at Belarusian State University.

Rede Wayuri is a network of 55 Indigenous communicators in the Rio Negro region of Brazil. Through their use of WhatsApp and local radio, they have not only reported on topics like illegal mining in the Amazon, but also distributed accurate information about the COVID-19 pandemic and vaccines.   At the World Justice Forum in The Hague this past June, Rede Wayuri was presented with the World Justice Project’s Rule of Law Award for their outstanding work in countering disinformation by bringing accurate, reliable information to 23 Indigenous peoples and 750 communities in five local languages and Portuguese.

My Long Struggle to Rebuild the Rule of Law in Cambodia

As one of Cambodia’s first human rights defenders, Vandeth recently made the difficult decision to stay home when the World Justice Project invited 30 World Justice Challenge finalists to showcase their exemplary rule of law projects at the World Justice Forum in The Hague.