“To Defend the Rule of Law, We Must Agree on Its Meaning” 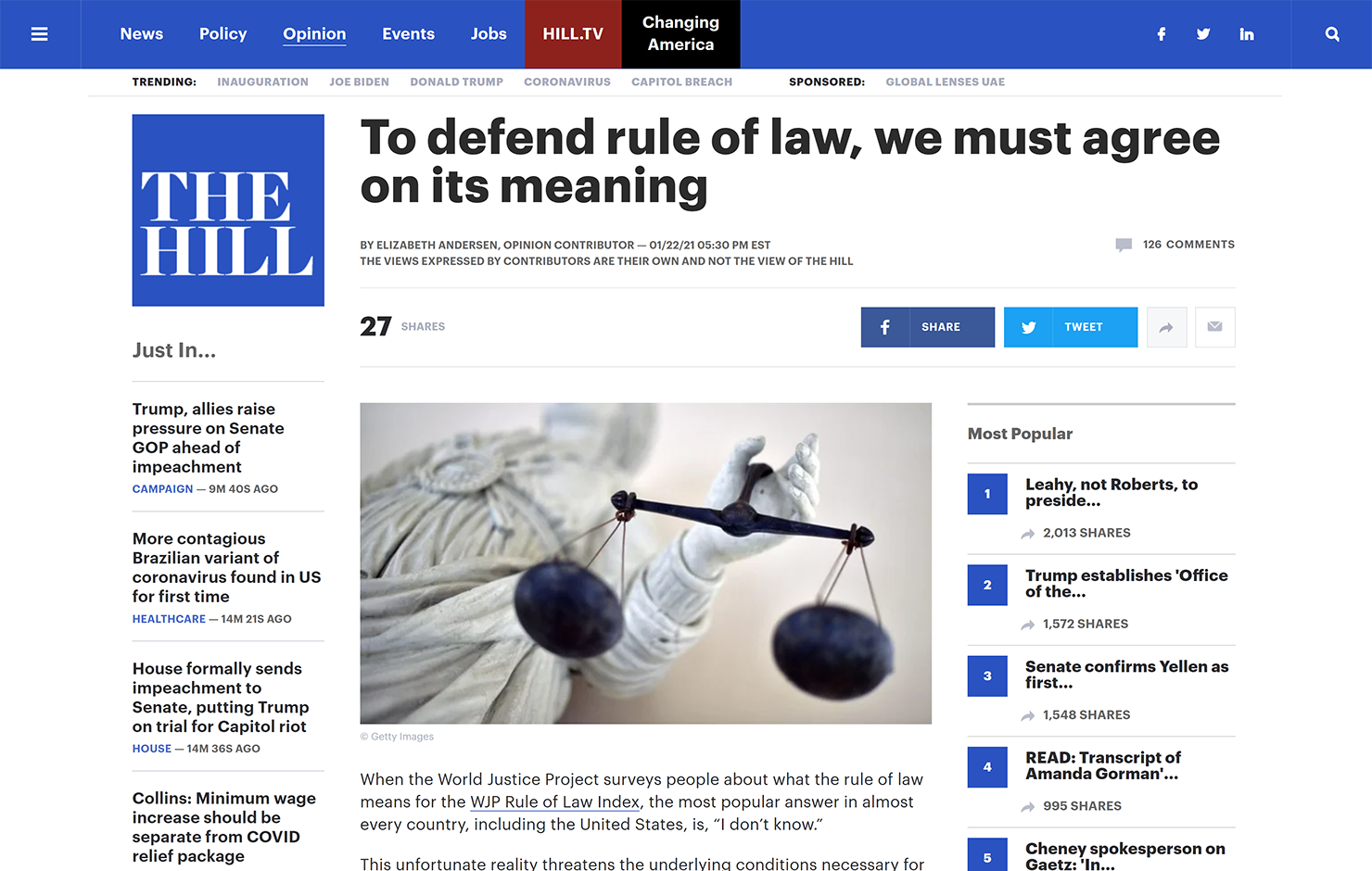 In an op-ed for The Hill, WJP Executive Director Elizabeth Andersen discusses the importance of a shared understanding of the rule of law in order to uphold its ideals.

Read an excerpt below and find the full op-ed here: "To defend rule of law, we must agree on its meaning"

When the World Justice Project surveys people about what the rule of law means for the WJP Rule of Law Index, the most popular answer in almost every country, including the United States, is, “I don’t know.”

This unfortunate reality threatens the underlying conditions necessary for a community governed by the rule of law: a common understanding of its principles and a shared commitment to its ideals.

In recent weeks, the United States has endured an historic rule of law test—a disputed presidential election culminating in a violent attack on the U.S. Capitol by those intent on preventing a peaceful and lawful transition of power. While ultimately our system withstood the assault, a fundamental misunderstanding and manipulation of the meaning of the rule of law enabled this crisis. Many of the rioters who stormed the Capitol building and committed numerous federal crimes thought they were upholding the rule of law, egged on, for example, by robocalls from the Rule of Law Defense Fund. Until we build broad consensus about what the rule of law is and why it matters, U.S. rule of law will remain vulnerable. 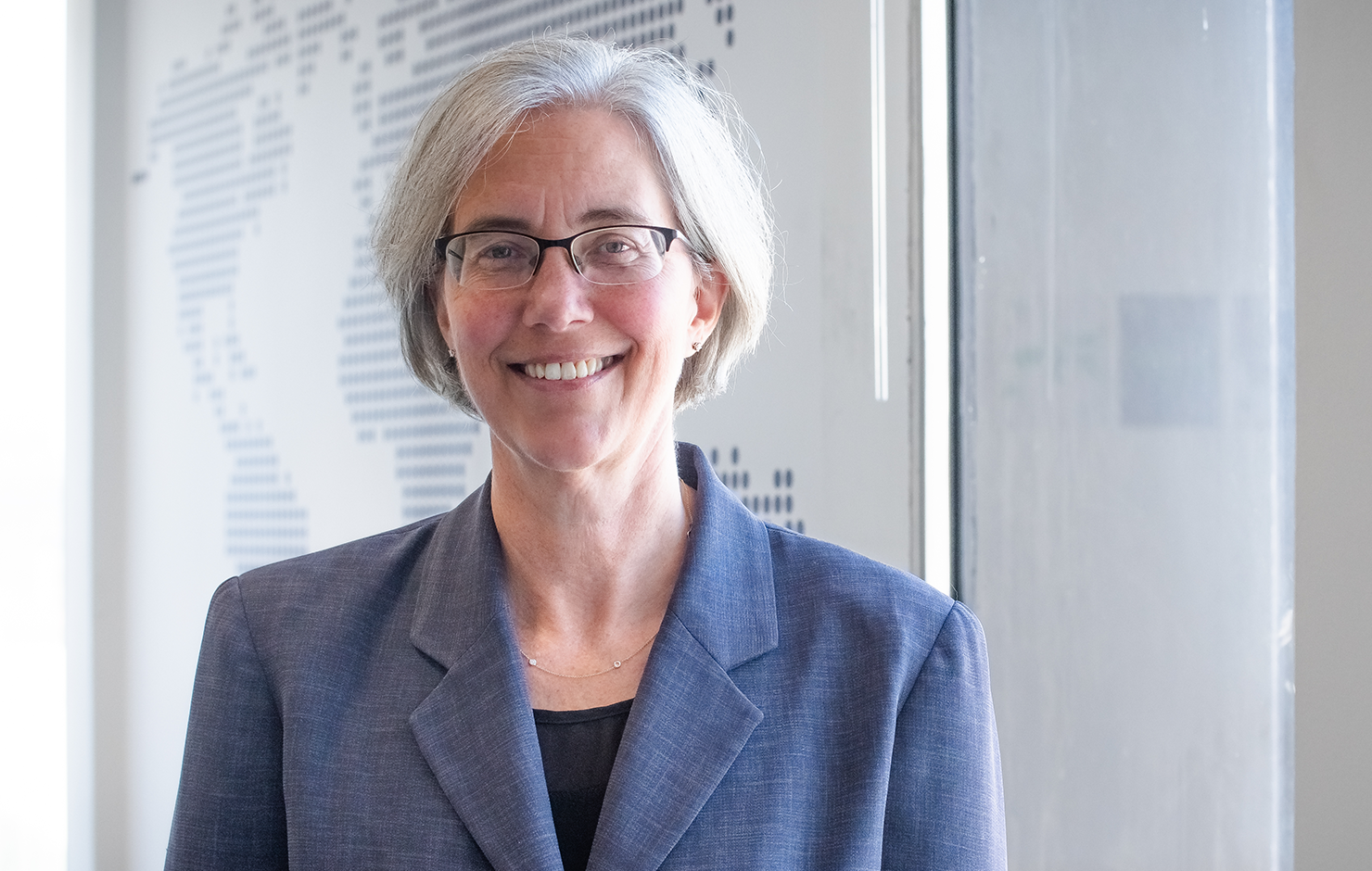 Ms. Andersen is an expert in international human rights law, international criminal law, and transitional justice, and she has taught these subjects as an adjunct professor at the American University Washington College of Law. She is a member of the Council on Foreign Relations and serves as a member of the Board of Trustees of Williams College as well as on the governing and advisory boards of several international non-profit organizations. She is the recipient of a number of awards for her work in the international rule of law field, including a Williams College Bicentennial Medal, the American Society of International Law Prominent Woman in International Law Award, and the Case Western University Law School Humanitarian Award.

Ms. Andersen began her legal career in clerkships with Judge Kimba M. Wood of the U.S. District Court for the Southern District of New York and with Judge Georges Abi-Saab of the International Criminal Tribunal for the former Yugoslavia. Ms. Andersen received a B.A. from Williams College, an M.P.A. from Princeton University’s School of Public and International Affairs, and a J.D. from Yale Law School.