The Right to Remain

Brazil’s Favelas vs. the World Cup and Olympics

ALL PHOTOS BY DEBORAH ESPINOSA FOR THE WORLD JUSTICE PROJECT

As the world was gearing up for the 2014 World Cup, 71 year-old Yope Maria, a resident of Poco da Draga, an urban slum (called favelas in Brazilian Portuguese) in Fortaleza, Brazil, had little to be excited about. A few months ago, she awoke to find a large wall being erected around Poco da Draga, cutting-off most of their access to the waterfront. Residents believe the wall was intended to hide the slum from the sight of would-be tourists coming to visit the new $136 million aquarium that the state is building next to—and possibly on top of—Poco da Draga.

The new aquarium, expected to be the second largest in the world, is good news for the state’s economy, but bad news for Yope Maria, who may be evicted along with her family to create a parking lot for the aquarium. She has lived in Poco da Draga since she was a teenager, raising ten children, 14 grandchildren and a great-grandchild. She arrived at the waterfront community in 1961, a time when fishing brought a steady income and informal residences were common.

Yope Maria has not received any communication from state or municipal government agencies about plans for eviction or resettlement, but she has seen other favelas disappear under bulldozers.

“They did not discuss their plans with the community. But Poco da Draga has been here 108 years. . . where will we go?”

According to Brazilian law (including the Brazilian Constitution, the City Statute of Brazil, the City Plan of Fortaleza, and the Organic Municipal Law), tenants of favelas become the legal owners of the land they occupy after five years of uncontested squatting. Unfortunately, few citizens understand how to enforce this right. There is also another problem: evicted residents must prove ownership of their property in order to be eligible for compensation or relocation. But the vast majority of residents have no legal documents, and those that do report that the frustrating process of obtaining compensation from the government can take months or years.

A Blank Spot on the Map

One local organization—Urucum—has stepped in to help. Comprised of lawyers, communication professionals, and artists, Urucum is using a seed grant from the  World Justice Project to help Fortaleza’s favela residents defend their housing rights and find creative ways to document the disappearing slums. Urucum is teaching favela residents about their rights and how to make videos with handheld cameras, utilize social media, and document the reality they see. In a country with the second-largest number of Twitter users after the U.S., this can be a powerful tool for both government accountability and freedom of expression.

Urucum’s approach may seem unusual; they are not a typical legal aid clinic, relying on the courts to provide justice. Instead, their tools are community-building and art. Urucum is building a coalition of support comprised of universities, communications firms, NGOs, the public defender’s office, and others to support the rights of slum dwellers and raise awareness throughout the city.

Urucum is also working with favela residents to create their own maps, as favelas are absent from the city maps, despite being some of the most densely populated parts of the city. Creating these maps helps the residents feel visible as full citizens. In addition, professional photographers, videographers, and muralists are teaching residents how to document what is happening in the favelas from their own perspectives and share these photos and videos through social media.

This plan of action mirrors WJP's own approach to strengthening the rule of law—a strategy relying on collaboration between multiple sectors, professions, and disciplines. It takes more than lawyers and judges to advance the rule of law; everyone in a community has a role to play and a shared interest in greater opportunity and equity. The broader the collaboration, the more likely it is to take root and succeed over time.

A Short History of Brazil’s Favelas

Although the first favelas appeared in the late 19th century, most of Brazil’s modern favelas appeared in the 1970s when industrialization pulled people from rural areas into cities. Today, hundreds of favelas exist throughout the country, with over 600 slums in Rio de Janeiro alone. In fact, favelas are growing at a quicker rate than cities, posing challenges for law enforcement as crime and drug gangs are becoming concentrated in small areas.  Now, with the economic potential to be reaped from the creation of the aquarium and the 2016 Olympics, authorities are seizing the opportunity to remove these eyesores and safety threats.

Unfortunately, many favela residents do not learn their homes will be destroyed until they are marked for removal with an “X” in spray paint.

In Alto de Paz, another favela, residents were the last to find out they were being evicted. Their houses were marked with spray paint, but they received no other information, including the date of their eviction. A few weeks later, bulldozers appeared and began tearing through their homes. With no communication about compensation, relocation, or recuperating their lost livelihoods, the residents began to protest. The authorities responded with rubber bullets and tear gas.

Urucum received calls from several of the residents, and rushed to the scene to help the displaced— including elderly residents and young children—find shelter and to document the eviction. Residents who didn’t have time to remove their possessions spent the next few hours picking through the rubble to extract clothing, family photos, and anything else they could salvage. Some of the more fortunate evictees were taken in by a neighboring favela, Serviluz, who understood the same thing could easily happen to them. Their stay may not be permanent; walking through Serviluz, there are X's spray painted on many homes, suggesting that they could be the next favela to disappear.

There are no easy answers when it comes to the question of what to do about Brazil's favelas. Despite the complexities, WJP believes that approaches like Urucum’s will help build a stronger culture of rule of law. Their strategy is both inward and outward facing, communicating with residents of favelas—a segment of the population often ignored by service providers—to help them understand their housing rights, while simultaneously communicating with the state and municipal agencies about the impacts of development projects on these communities.

As Urucum continues to hold workshops in favelas, residents are now creating public forums to discuss the effects of the construction on their communities. Videos showing the destruction of favelas are capturing the attention of citizens throughout Brazil and other countries. The growing interest from these videos helped Urucum bring nine judges to Poco da Draga to see the effects of the construction for themselves.

Brazil faces a difficult road ahead. The looming deadline to spend funds allocated for the Olympics will likely increase the speed of construction and development, some of which will come at the expense of favelas—especially those in well-located beachfront areas. However, Urucum’s efforts will provide valuable insight for us all as we work together to test new, collaborative models for strengthening the rule of law and ensuring all voices are heard. 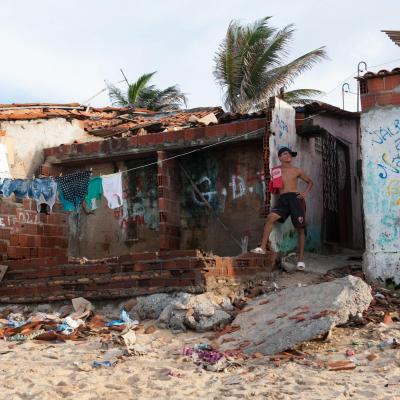 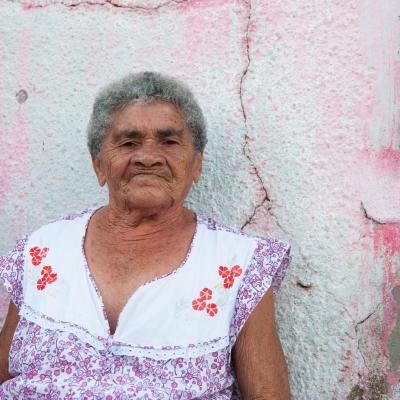 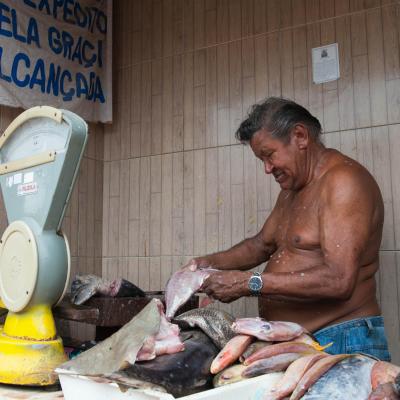 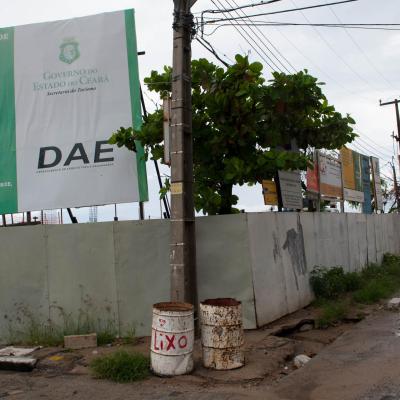 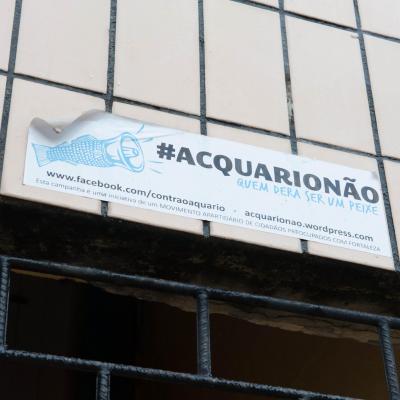 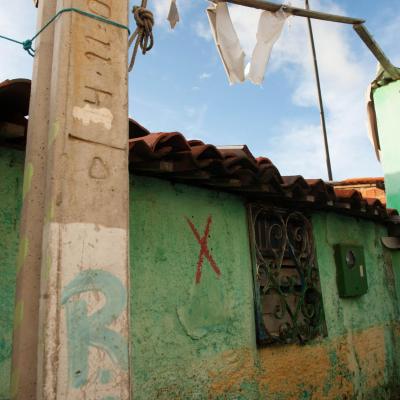 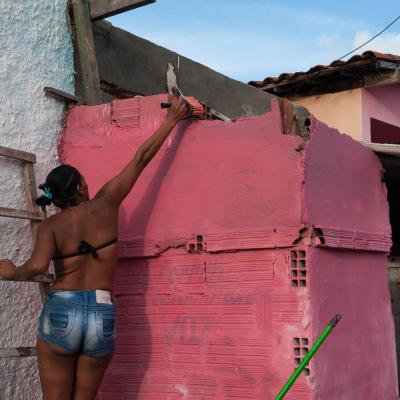 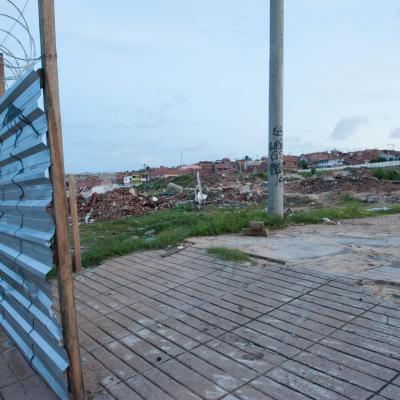 About this Photo Essay

This essay is part of an ongoing series documenting pilot programs incubated at World Justice Project (WJP) convenings and/or launched with WJP early stage funding. Since its founding, WJP has provided network connections and over $1,000,000 in funding to 90+ practical, locally-led programs on five continents. These on-the-ground solutions to discrimination, corruption, violence, and more represent a broad cross-section of disciplines and approaches to strengthening the rule of law worldwide. The programs are catalogued here, where they can be searched by geography and issue area.