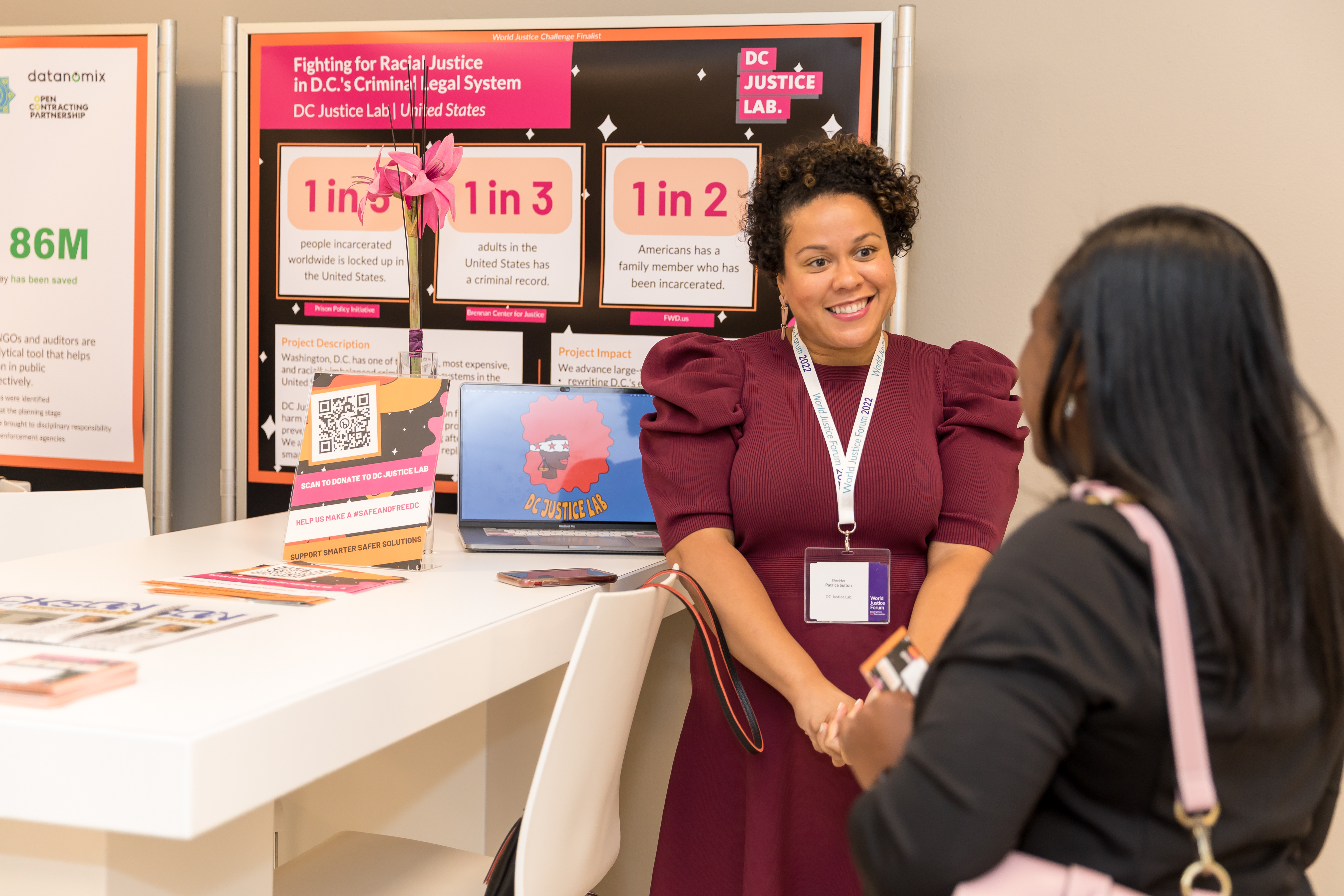 My favorite part of participating as a finalist in this year’s World Justice Challenge was watching the live presentations. As a former trial attorney, I love the sport of oral advocacy and this was competition at the highest level. My colleagues in the Equal Rights and Non-Discrimination category were incredibly thoughtful, passionate, and persuasive. The organizations I was partnered with included EcoCiclo, fighting for menstrual justice in Brazil; the Samuel Ioron Foundation, protecting people displaced in Nigeria; and Youth LGBT Organization Deystvie, litigating civil rights in Bulgaria. All presenters in our room were women.

Our project, DC Justice Lab, is on a mission to fundamentally change criminal justice policies and policymaking in Washington, DC. We discussed how enormous, expensive, and racially imbalanced our systems of punishment have become. We laid out our blueprint for changing many laws at once, to strengthen democracy, ensure fairness, and save lives. The key message we hope we shared effectively is that we cannot solve community violence through state violence. People are made safer by policies that reduce harm, not those that redouble it.

During the Expo, we were able to illustrate how massive America’s prison system is by entering other countries into the World Prison Brief online database. When a person stopped by from a country of more than 30,000,000 people, we were able to show that they had the same number of pretrial detainees as the city of Washington, DC alone.

The projects in each category were diverse in their approaches to problem solving, but there were also some noticeable similarities across all thirty finalists. For example, it was nearly impossible for us to talk about criminal justice, without also talking about other Rule of Law factors such as fundamental rights and constraints on government powers. The sheer size of the American criminal legal system—the breadth of our criminal offenses, the scope of our penalties—is an affront to government accountability. Mass criminalization and incarceration is the direct result of affording far too much discretion to police, prosecutors, and prisons. By attending the World Justice Forum, I came to appreciate that state violence takes many forms and that most rule of law initiatives focus, to some degree, on moving power from state actors to the people they govern.

It was a truly wonderful experience to be at the Forum in The Hague. I am looking forward to continuing to be involved in the network of alumni making a difference around the world.

DC Justice Lab was a 2022 World Justice Challenge finalist in the Access to Justice category.