Around the world, government leaders are turning to emergency decrees and proclamations to manage various types of crisis and upheaval in their societies. Some of these emergency measures are legitimate and temporary responses to true exigent circumstances that threaten the basic functioning of government. Others are more complex situations, which, while appearing dangerous at first, are often manipulated by executives to undermine and attack political opponents including judges, lawyers, and journalists.

In the United States, presidents from both parties have declared national emergencies, mainly to impose sanctions against foreign actors considered dangerous to U.S. national security. President Bush declared a national emergency in response to the terrorist attacks of 9/11, which is still in effect after 18 years.

In Hong Kong, popular unrest, which has turned violent at times, has prompted threats of emergency rule by government officials. Given the many effects of such extraordinary government powers on respect for human rights, international law has tried to strike a balance between recognizing a state’s sovereign right to protect its citizens on one hand, and placing restrictions on the scope and timing of the state’s power to curtail liberties on the other.

In practice however, some governments are either not respecting these regulations, or are evading them by mainstreaming emergency-type measures into ordinary law—particularly in the counter-terrorism field.

To help us understand the complexities of these issues, we’ve invited Fionnuala Ní Aoláin, Regents Professor and Robina Chair in Law, Public Policy, and Society at the University of Minnesota Law School, to join us on Rule of Law Talk. Professor Aoláin also serves as the UN special rapporteur for protection and promotion of human rights while countering terrorism. This mandate includes monitoring how states are upholding international norms in this field. 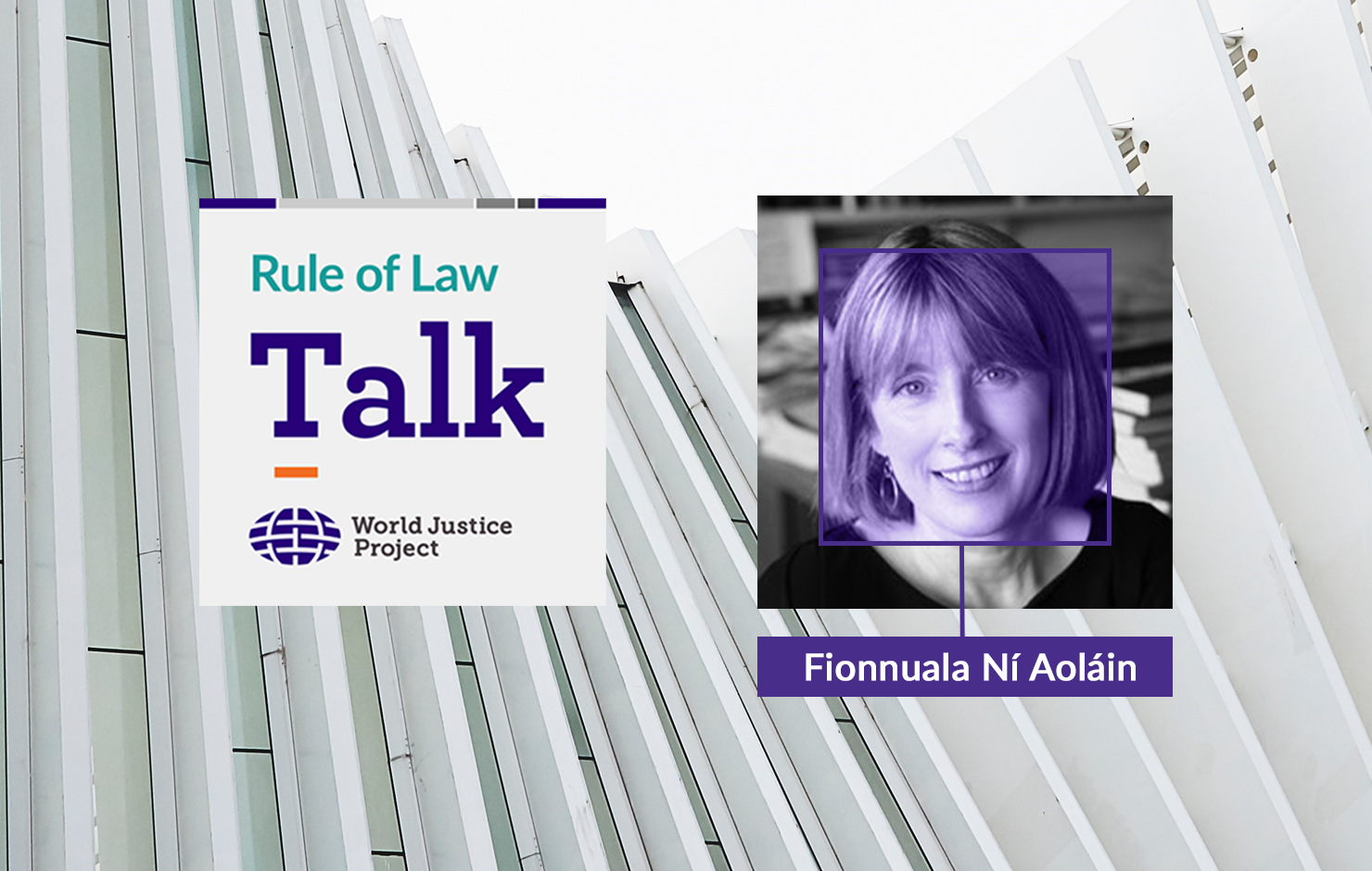 Rule of Law Talk features conversations with leading lights on the front lines of understanding and advancing government accountability, fundamental rights, open government, safety and security, access to justice, and other rule of law topics. This podcast is brought to you by World Justice Project. Check back here for new episodes, and subscribe to Rule of Law Talk on Spotify, Soundcloud, Stitcher, Apple Podcasts, and Google Podcasts. Thanks for listening and please send along comments and suggestions to wjp@worldjusticeproject.org.