Recommendation 62, approved by CNJ in March 2020, establishes guidelines to state courts and judges to take preventive measures against the spread of the COVID-19, especially among confined populations. The recommendation fostered measures aimed at reducing overpopulation in prison units, promoting preventive health-care, regulating prison visits, and participation in contingency plans. The ruling was developed in the context of the Fazendo Justiça (Making Justice) Programme, a joint initiative of Brazil's National Council of Justice (CNJ) and UNDP Brazil. The initiative has been in progress since January 2019, aiming at strengthening judiciary policies related to prison and juvenile criminal systems in Brazil.

Brazil is known to have one of the largest prison populations in the world (around 750,000 people), operating at over 70% of its capacity and with more than 40% of provisional prisoners awaiting trial. The systemic neglect of prisons and other places of detention has resulted in inadequate resources, management, oversight, and accountability mechanisms, including limited linkages to public health systems. Cramped accommodation areas and poor hygiene, ventilation, and nutrition, as well as insufficient health-care services, equally undermine infection control measures. In 2015, Brazil's Supreme Court recognized the prison system as in an 'unconstitutional state' due to its overpopulation and poor structural and hygienic conditions.

This situation was amplified following the COVID-19 outbreak, given that Brazil was especially affected by the pandemic and also considering the risks which COVID-19 poses to confined populations. In Brazil, many people in prisons are in vulnerable groups, such as pregnant and breastfeeding women, mothers or guardians with children under 12, indigenous people, the elderly, people with disabilities, and people with previous diseases.

Additionally, Brazil's institutional model of prisons, managed and mostly financed by local states, often lacks unified guidelines to implement standardized policies that can overcome this scenario over time. The model also lacks capacity-building and qualified database information. The context to fight COVID-19 in Brazilian prisons is a complex one, with a federation of 26 States, one Federal District, and 5,571 Municipalities that have constitutional mandates allowing them to introduce diversified actions against the pandemic. Therefore, it is challenging for all levels of government to establish priorities and implement actions in a coordinated way.

The Department of Monitoring and Supervision of the Penitentiary System and the System for Socio-Educational Measures (DMF) of the CNJ—with support from UNDP—coordinates the implementation of the Recommendation's 62 guidelines and actions at the national level with the support of actors from the judicial branch and local executive actors to ensure the sustainability of the actions. The ruling was developed following best practices in sanitary measures recommended by national and international organizations, considering the prison context. Guiding principles were established to protect persons deprived of liberty, magistrates, and all civil and public agents that make up the criminal and juvenile systems, especially the ones in the risk groups. The recommendation is an innovative mechanism to promote and enforce measures developed in consequence of the pandemic to increase the judiciary efficiency on analyzing and judging cases with security, as well as partnering with key actors to take actions tailored to local circumstances in order to reduce risks. It presents procedures to be applied in suspected or confirmed cases of coronavirus in prison institutions, which include health support and communication to the responsible judge for evaluating the possibility of home isolation measures in scenarios where spaces for adequate health isolation are not available in the prison. Concerning visits, the provision of alternative measures to guarantee the virtual contact with families and compensate situations where isolation is necessary is also advised. It also presents guidelines to safekeep important activities related to the penal environment during the pandemic, including education and labor activities.

Main outcomes and impacts which can be highlighted are: a) Recommendation cited by at least 72% of local court regulations; b) At least 21 courts mobilized in monitoring committees, sending biweekly data to CNJ by the GMFs; c) At least 35,000 people removed from prisons in emergency character (4.6% of the total) and at least 4,000 adolescents removed from custodial measures (16.6% of the total of adolescents in this modality of measure); d) In terms of custody hearing, about 50,000 registrations on the platform, in the 27 federative units (89% of the federative units respecting the 24-hour deadline; 58.6% registering manifestations of parties before the judicial decision; 30% of the platform containing information on COVID-19 symptoms and risk group); e) Inspections carried out in deprivation of liberty, prison, and socio-educational units, in at least 16 federative units following CNJ guidance; f) 199 articles published on the subject, 98% of them being positive or neutral.

Brazil can share some of the most relevant best practices on protecting the human rights of persons deprived of liberty under the pandemic with regards to CNJ Recommendation 62 guidelines and considering the great mobilization and impact achieved on a national scale. The ruling was developed following best practices recommended by sanitary authorities in Brazil and worldwide, and easily adapted to the international context. Such practices could be shared and scaled on a wider dimension, at a regional or international scale, through fostering dialogue, exchanging experiences, and designing a broader application of the program and its actions. For example, IACHR adopted the Resolution No. 01/20 - Pandemic and Human Rights in the Americas, inspired on the Brazilian experience, and calling on the judiciary power and other justice actors in region to adopt similar measures with a focus on reducing the epidemiological risks.

The guidelines have great potential to be replicated because of the similar situation of prisons in many countries (overcrowded, low level of sanitary and healthcare standards), as well as the global challenge imposed by the virus, which does not make any distinction between levels of development. It is also an innovative solution by making the judiciary and thousands of magistrates key actors to give quick responses, considering the rapid turns of the pandemic that sometimes cannot wait for a structured policy response from the executive branch, especially in a continental country like Brazil under a federative system.

To achieve greater visibility of the actions implemented in Brazil, targeted dialogue forums may be created, thus linking similar institutions in other countries. Regarding technologies, the digital shift which is being implemented in the country may widen its boundaries, creating data-sharing modalities with other counties, to relevant mutual benefits.

For scalability, international and inter-institutional dialogues should be developed, thus allowing possible exchanges of best practices and connecting the respective key actors to jointly assess and deepen possible means for widening the outreach of actions considered most strategic and impactful. The project can serve as a model to adapt to other geographies, given that its structure and actions can be effective in other contexts and adapt at other emergencies. The responsiveness and the lessons learned are an element which has generated structural changes. This will continue beyond the emergency context, as, for instance, in the digitalization dimension. 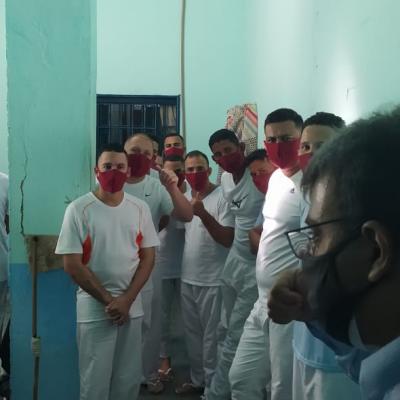 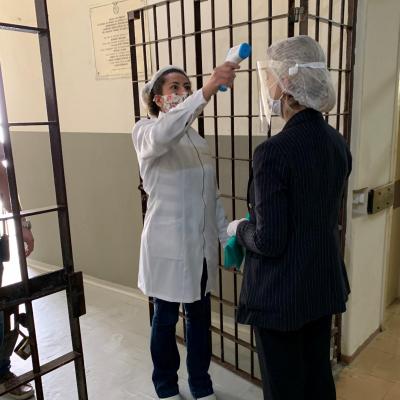 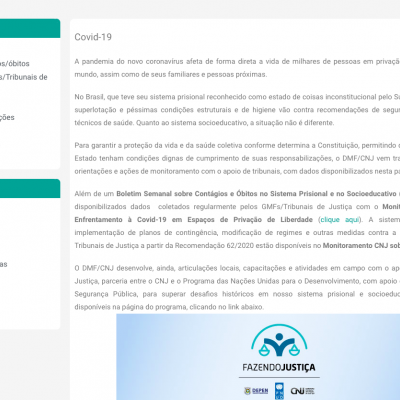