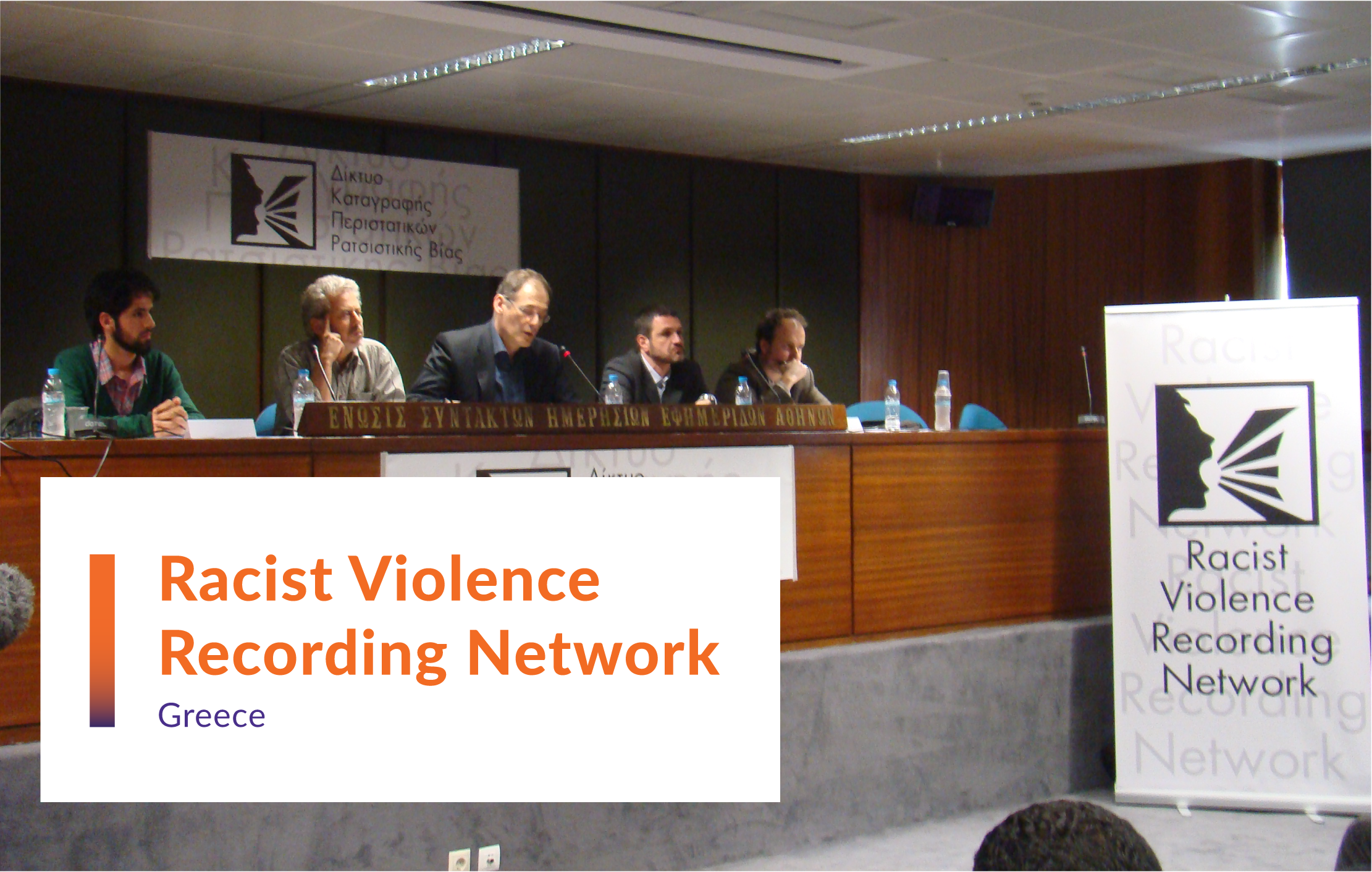 The Problem
The Racist Violence Recording Network (RVRN) was established at the initiative of the Office of the UN High Commissioner for Refugees in Greece (UNHCR) and the Greek National Commission for Human Rights (GNCHR) on the basis of two findings in 2011: (i) the absence of an official data collection system on racial violence and (ii) the need for organizations that recorded such incidents against people who sought their services.

The Approach
The RVRN was established to provide a unified framework among civil society actors to monitor hate crimes. To capture racial violence trends and document the gaps in national recording systems, the RVRN records incidents exclusively based on interviews conducted with the victims. The RVRN reports incidents to the appropriate authorities as needed. These findings are published in the RVRN Annual Reports. The main objectives of RVRN are to document the qualitative and quantitative trends of racial violence in Greece, identify gaps in victim support systems, submit recommendations to Greek authorities in compliance with domestic and international law, promote public advocacy, and provide training to public authorities and civil society actors.

The Future
The RVRN aims to continue monitoring hate crimes and plans to expand its activities to monitor hate speech. Concurrently, the RVRN members will continue their efforts to ensure funding for the continued provision of specialized services to victims.