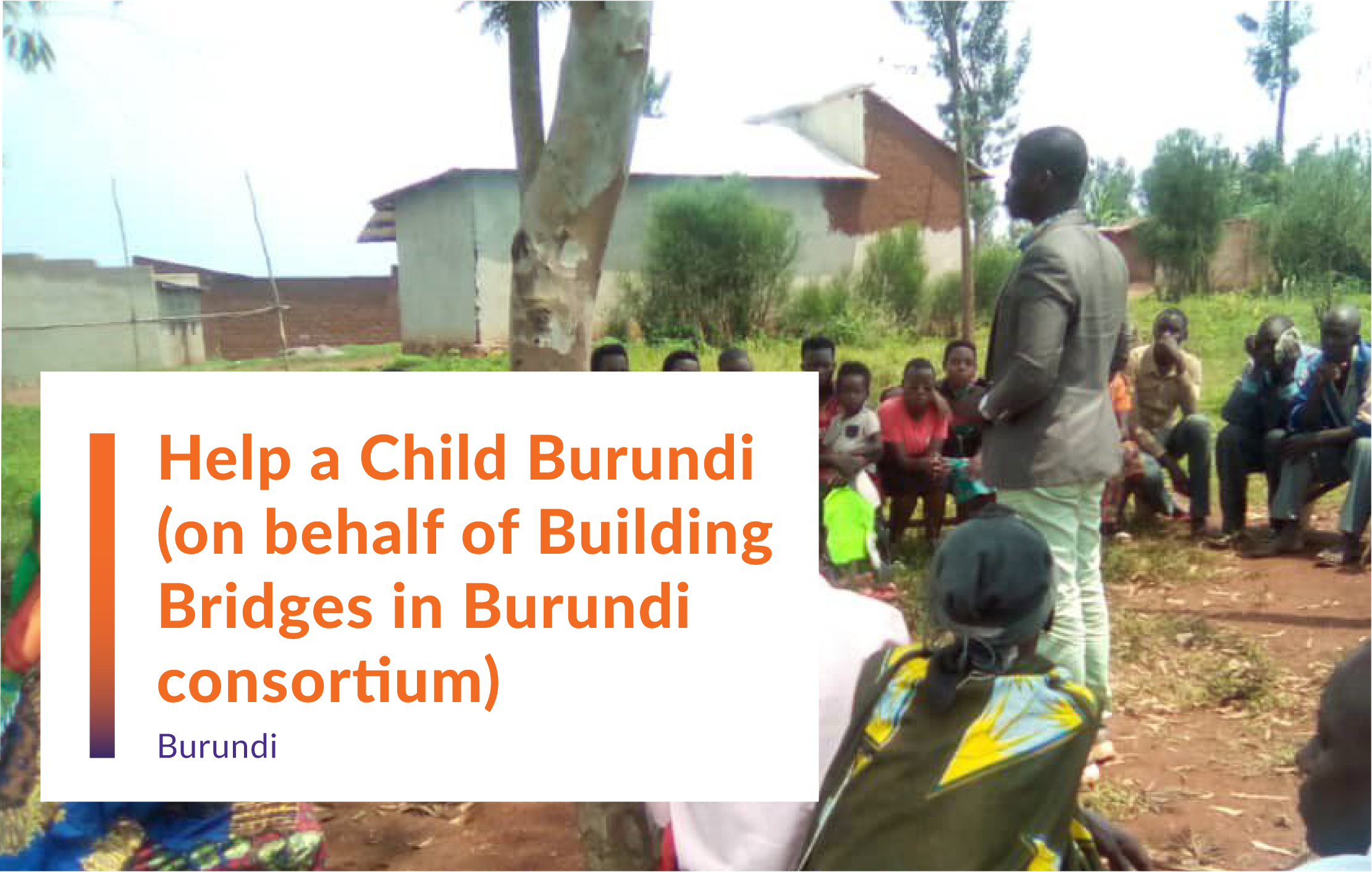 Building Bridges in Burundi (BBB): a holistic approach to ensuring access to justice and dismantling a culture of impunity

The Problem
Impunity is a key cause and consequence of ongoing violence and instability in Burundi. Addressing the root causes of conflict and fostering sustainable peacebuilding hinge on rebuilding the rule of law and ensuring access to justice for Burundians. Further, Burundi’s fractured and polarized society needs efforts that break cycles of violence and improve dealing with the past. A particular focus on vulnerable populations is needed, as their voices and justice needs are often marginalized in justice systems.

The Approach
The Building Bridges in Burundi (BBB) program provides holistic support to enhance access to justice, primarily in Burundi’s informal justice system, which remains the primary provider of justice for Burundians. The BBB program launched in 2016 and was implemented in 84 communities throughout Burundi. The target demographic has been youth from diverse social, ethnic, and religious backgrounds.

The program activities have included: organizing Self-Help Groups with youth from different ethnic and social backgrounds to strengthen social cohesion; community-based awareness sessions on themes of conflict management/resolution, transitional justice, psychosocial care, gender-based violence, and the rule of law; and learning events to exchange experiences between community members and other justice stakeholders, at the community and the national level. BBB has also established community structures and resources including informal justice mechanisms, community-based transitional justice mechanisms, participatory research and evidence-based, multi-level advocacy. Through trauma healing and psychosocial care, communities and authorities were introduced to PTSD symptoms, raising awareness of the need to address this form of invisible trauma.

BBB’s adaptive and participatory programming has allowed changes to be made in response to the changing needs of program beneficiaries. The program understands that local ownership is highly linked to the degree of participation among its beneficiaries.