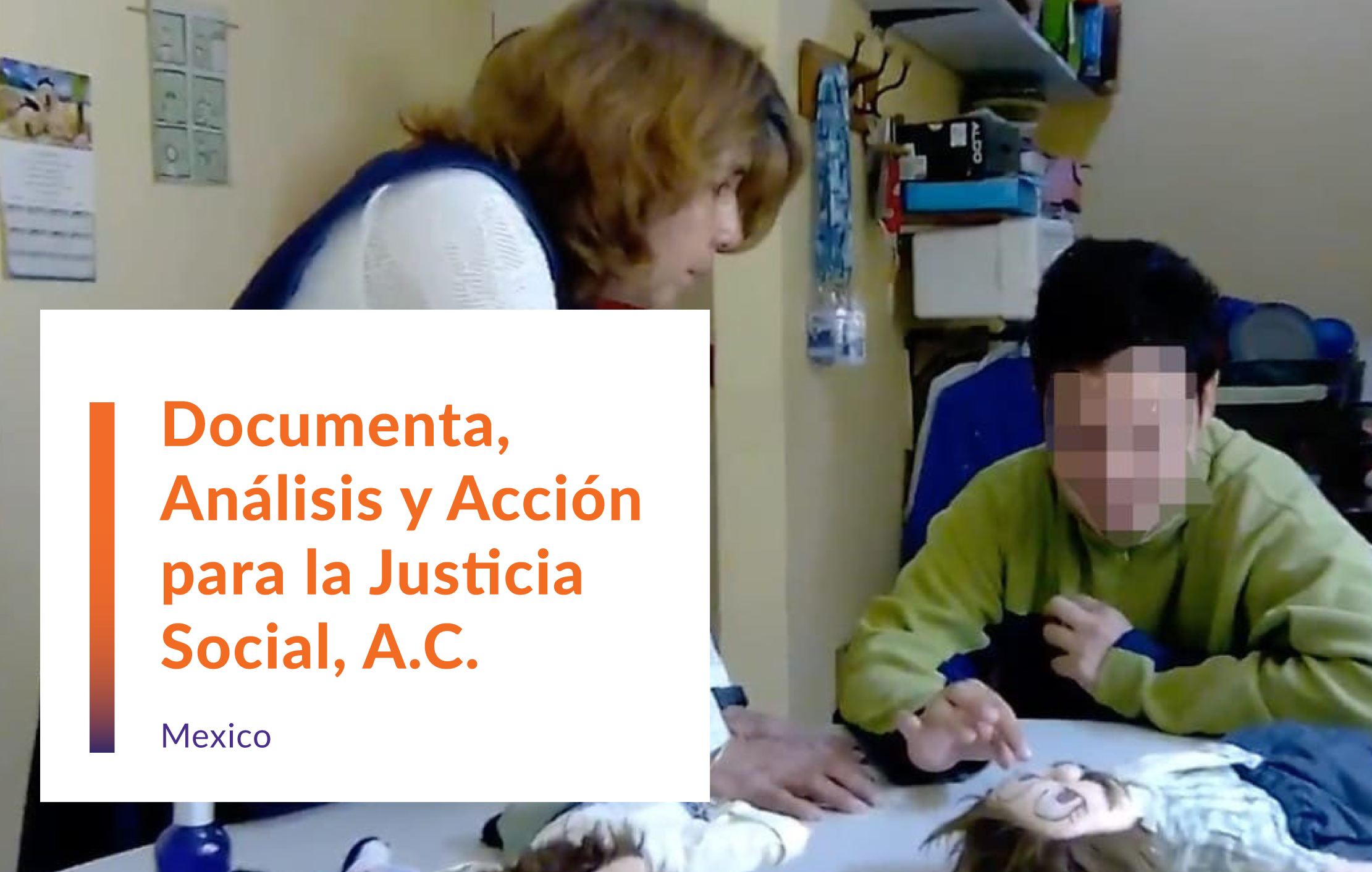 Justice Facilitators: a double channel of support for persons with disabilities and justice officials

The Problem
Persons with disabilities, particularly those with psychosocial and intellectual disabilities, have historically been denied equal access to justice based on questions about their capacity, resulting in discrimination and serious consequences for their life, rights, and freedom.

The Approach
Since 2017, a multidisciplinary team of justice facilitators have been participating in criminal proceedings to eliminate barriers faced by persons with psychosocial and intellectual disabilities who participate as victims, witnesses, or defendants in Mexico.

Justice facilitators are impartial professionals who identify barriers and propose adjustments to ensure persons with disabilities participate equally and fairly in judicial proceedings. They serve as intermediaries between persons with disabilities and justice officials to dismantle obstacles in communication. Facilitators intervene only with the consent of the individual and focus on adequate adjustments based on their needs, with the objectives of maximizing their ability to understand the process, presenting their own point of view, and communicating with other participants.

The Future
Since 2017, the justice facilitators program has learned many lessons that contribute to ensuring access to justice for persons with disabilities. A report based on the organization’s experience is the next step that will serve as a starting point to promote the implementation of similar programs in other parts of Mexico, and potentially across Latin America.