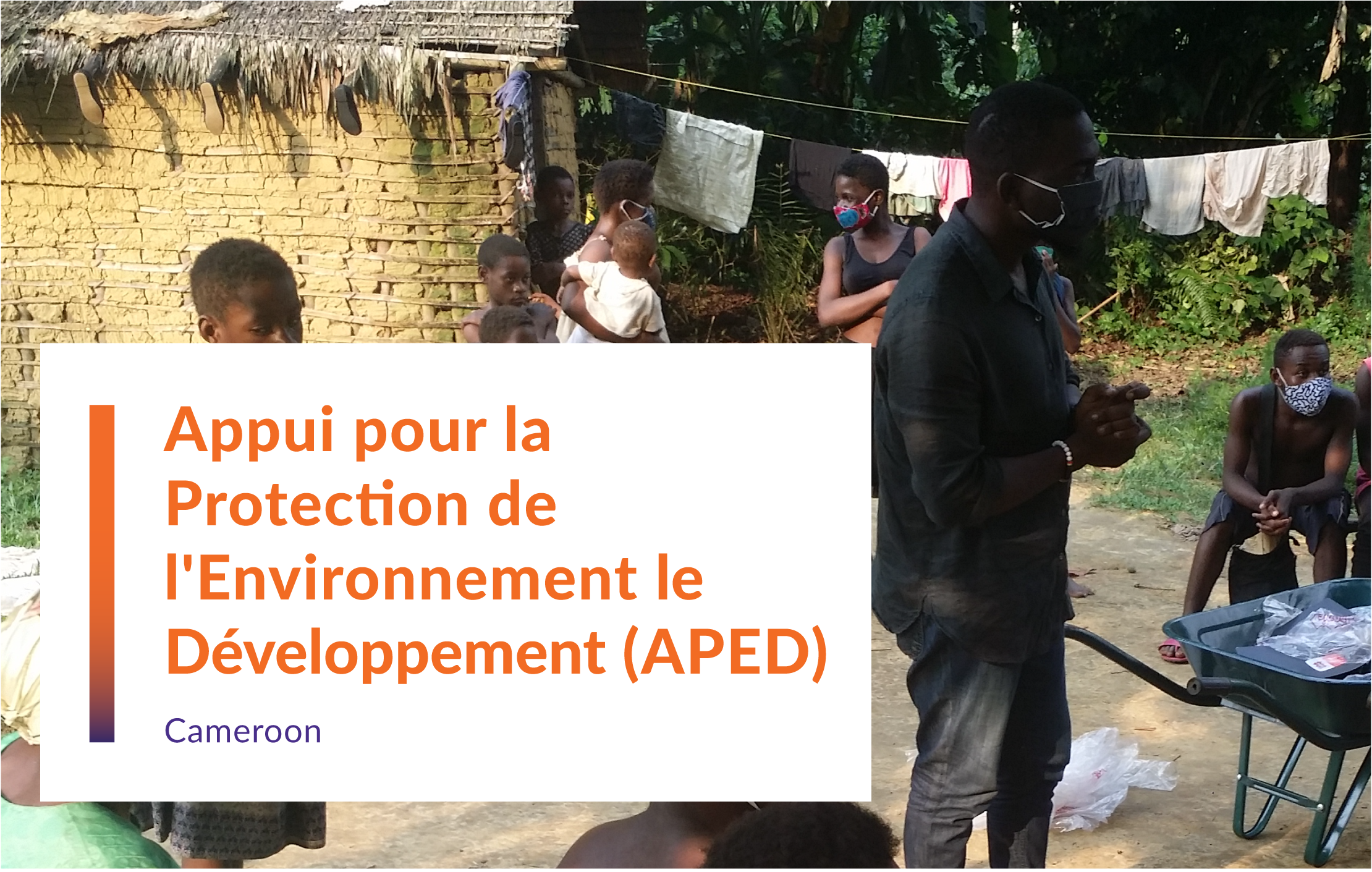 Partnering to Ensure Their Rights: The accompaniment of local and indigenous communities near the Hevecam and Sudcam agro-industries

The Problem
In 1974, the Cameroonian state reclassified 41,339 hectares of forest from national land to public domain. The rubber company Hevecam subsequently acquired 18,365 hectares in the districts of Lokoundje and Kribi II. Its sister company Sudcam acquired a concession of more than 70,000 ha in the Dja and Lobo departments.

The land acquisition process was carried out without consultation, compensation, or indemnification of the local and indigenous populations whose lives depend on the deforested areas and resources. The communities are no longer able to take care of themselves, send their children to school, and pay their dues to associations because of the loss of their land and forest.

The Approach
The project collects data through a complaint mechanism directed at major actors in the rubber value chain. The data presents the failure to take the rights of indigenous Bagyeli and local communities into account. Program partners APED, Mighty Earth and CED shared this data with international partners and in 2018, Halcyon, the world leader in rubber production, made the commitment of zero deforestation.

The major activities carried out have been the collection, analysis, transmission, and follow-up of community complaints to Hevecam and Sudcam, local administrations, and international partners. The partners accompanied Hevecam and Sudcam in a participatory way to the collection of grievances, elaboration of the grievance resolution plan, and implementation. The study was followed by the negotiation and signing of agreement between the program partners and Halcyon.

The Impact
Halcyon’s zero-deforestation commitment allowed the company to stop clearing nearly 50,000 hectares of virgin forest and to manage them sustainably with community cooperation. The project facilitated the establishment of the Cameroonian Rubber Farming Council, an independent body that monitors and evaluates company commitments. The project has supported the participatory development, validation, and implementation of a grievance resolution plan, valued at more than two billion Central African Francs. Since 2019, 13 boreholes have been constructed to address issues of waterway pollution. Three health centers have been equipped to treat the Bagyeli and Baka communities.

The Future
This project could extend to areas with mining, infrastructure,, and oil palm agribusinesses, taking into account the specificity of each industry and company.